On 6 September 2016,  two armed men on a motorcycle attacked human rights defender Ms Rocío Campos (MOVICE) in the city of Barrancabermeja, in what appeared to be an assassination attempt. After failing to knock her down, one of the attackers drew a gun and pointed it at Rocío Campos, but fortunately she was able to reach the nearest police station 100 metres away unharmed. 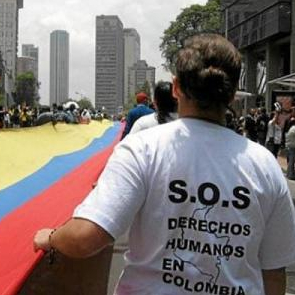 Front Line Defenders denounces the assassination attempt against defender Rocío Campos and expresses deep concern at the situation facing human rights defenders working with victims of the armed conflict in Colombia. Colombia has embarked on a new path with the signing of this peace accord, but if it is to lead to long-term stability and justice for all Colombians, the active, free and safe participation of human rights defenders in rebuilding the country is critical.