On 13 January 2017, Lenca indigenous defender Víctor Vásquez was shot in the knee by military personnel whilst providing assistance to a wounded man, during a violent eviction of small farmers in Santa María, La Paz. Víctor Vásquez has been repeatedly persecuted and threatened by local landowners and authorities. 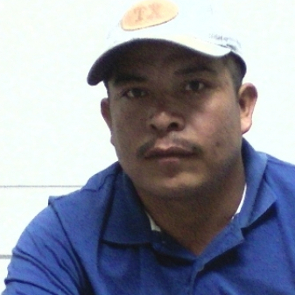 Víctor Vásquez is the President of the Consejo Indígena de Simpinula (Indigenous Council of Simpinula) in Santa María, La Paz, and the local leader of the Movimiento Indígena Independiente Lenca de La Paz (Lenca Indigenous Movement of La Paz, Honduras - MILPAH), which advocates for the rights of Lenca indigenous peoples to self-determination and to their ancestral lands. The human rights defender has been repeatedly threatened for supporting local small farmers' groups in La Paz in activities to recover land they consider has been illegally privatised by local authorities.

On 13 January 2017, Víctor Vásquez was shot in the knee by military personnel whilst providing assistance to a wounded man, during a violent eviction of small farmers in Santa María, La Paz. The human rights defender was accompanying members from the Grupo Campesino 9 de Julio (Small Farmers' Group "9th July") who had been threatened with eviction by local authorities. The group occupies the lands which they consider to have been illegally privatised and sold by local authorities. At about 9:00 in the morning, approximately 150 to 200 military and police officers arrived on the area and began to forcefully evict the farmers using tear gas.

Human rights defender Víctor Vásquez began recording the events with his cellphone. As farmers ran away to escape the violent acts, one of them was caught in a barbed wire. Víctor Vásquez ran back towards the trapped farmer to help him untangle himself from the barbed wire and was then shot in the knee. Several other farmers received gunshot wounds as a result of the operation conducted by the army and police. Local organisations providing support to human rights defenders are supporting Víctor Vásquez through his recovery.

Víctor Vásquez has been repeatedly persecuted and threatened by local landowners, by the mayor of Santa María, Mr. Gabino Argueta Gálvez and the governor of the same municipality, Mr. René Melgar Argueta.

Lenca indigenous rights defenders and the communities they protect have been under relentless attack in Honduras. Members of MILPAH in La Paz have been the target of judicial harassment, death threats, arson attack, assassination attempts and even killings, as a result of their activities defending their rights to their ancestral lands and environmental rights through seeking the application of ILO Convention 169 on the right of indigenous communities to previous, free and informed consent. Many of its members are beneficiaries of precautionary measures granted by the Inter-American Commission on Human Rights, including 2016 FLD Award for Human Rights Defenders at Risk laureate Ana Mirian Romero.

Front Line Defenders expresses concern over the repeated use of violence by State authorities towards human rights defenders in Honduras and strongly condemns this violent aggression against human rights defender Víctor Vásquez, as well as the generalised repression of members of MILPAH.

1. Carry out an immediate, thorough and impartial investigation into the aggression against Víctor Vásquez, with a view to publishing the results and bringing those responsible to justice in accordance with international standards;

2. Take all necessary measures, in consultation with the defenders, to guarantee the physical and psychological integrity and security of Víctor Vásquez as well as of the members of MILPAH;

3. Provide and cover the cost of the necessary medical treatment for Víctor Vásquez, including any required psycho-social support;