About Fayez Swaity
Status:
Released on bail
About the situation

On 28 July 2020, the Ramallah Magistrate Court ordered the release of human rights defenders Fayez Swaity and Jihad Abdo on bail. 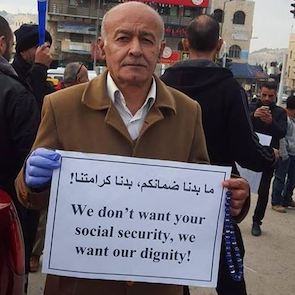 Fayez Swaity is the founder and director of the Palestinian association ‘Together Against Corruption’. His activities focus on investigating and documenting corruption in the Palestinian Authority.

On the same day, the defenders appeared before the Public Prosecutor, who has submitted the charges of ‘illegal gathering’ and ‘violating the emergency laws’ against them. They have denied both of the charges. The hearing session is scheduled to be held on 17 August 2020.