About Maikoul Zodi
Status:
Released
About the situation 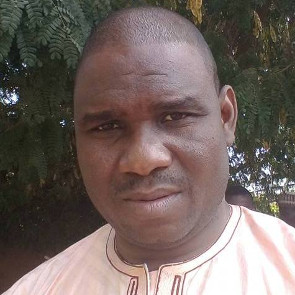 Maïkoul Zodi is a teacher in a government school and a member of Nigerien civil society. He is the coordinator of  the Nigerien section of Tournons La Page (Let’s turn the page), an international coalition of NGOs campaigning for democratic change in Africa. Maïkoul Zodi is also member of a network of organisations for transparency and budget analysis (Réseau des Organisations pour la Transparence et l’Analyse Budgétaire, ROTAB), which advocates for the eradication of corruption in Niger.

On 10 April 2017, human rights defender, Maïkoul Zodi, appeared before the Niamey High Court after he was arrested on 5 April 2017 by the Nigerien police and is falsely charged with “misappropriation” for allegedly benefiting from a civil servant salary during a period of unemployment. The wrongful incrimination of Maïkol Zodi is based on allegations that he benefited from a salary for a post that although recruited for, he was never formally assigned to.

On the morning of 5 April 2017, Maïkoul Zodi was at home with his family when police officers in possession of a police summons arrived at his home. They confiscated his mobile phone and took him to the police station. He is now being detained in Niamey civil prison. According to his colleagues, he is accused of receiving a civil servant salary while he was unemployed and is charged with “misappropriation”.

During the hearing on 10 April 2017, Maïkoul Zodi’s lawyers questioned the charges facing their client and suggested that they were merely a pretext to hide the political nature of the lawsuit filed against him, which is a retaliation against his work as a human rights defender advocating for democratic change in Africa. Maïkoul Zodi was arrested only a few days after he signed a complaint to ask for an investigation into corruption and embezzlement allegations in a recent scandal involving uranium sales (the “Uraniumgate”). Maïkoul Zodi is also said to have irritated certain political circles when he resigned from the National Independent Election Commission in March 2016 where he was a civil society representative and acted as a general rapporteur. He stepped down from his position in order to denounce the violation of the electoral law by the Commission’s President.

The case against Maïkoul Zodi concerns a post as a professor that he was recruited for, but never formally assigned to. His lawyers contest the Public Ministry's charges of 'misappropriation' as he never took up the post nor received a salary for it.

At the end of the hearing, the Court announced that it was reserving its decision until 18 April 2017.

Front Line Defenders is concerned about the judicial harassment and false charges against human rights defender, Maïkoul Zodi, as it seems to be linked to his peaceful and legitimate work in the defence of human rights and democracy in Niger.

Front Line Defenders urges the authorities in Niger to:

1. Immediately and unconditionally release Maïkoul Zodi and drop all charges against him as it believes that they are solely motivated by his legitimate and peaceful work in defence of human rights ;

2. Ensure that the treatment of Maïkoul Zodi, while in detention, adheres to the conditions set out in the ‘Body of Principles for the Protection of All Persons under Any Form of Detention or Imprisonment', adopted by UN General Assembly resolution 43/173 of 9 December 1988;

3. Guarantee in all circumstances that all human rights defenders in Niger are able to carry out their legitimate human rights activities without fear of reprisals and free of all restrictions, including judicial harassment.