Amaya Coppens arrested and released for the second time

About Amaya Eva Coppens
Status:
Arrested & Released
About the situation

On 30 December 2019, Amaya Coppens was released along with 90 other prisoners.

On 14 November 2019, Amaya Coppens was arrested along with 15 other human rights defenders as they were handing out water to the mothers of political prisoners at the San Miguel Arcángel Church in Masaya, Nicaragua. 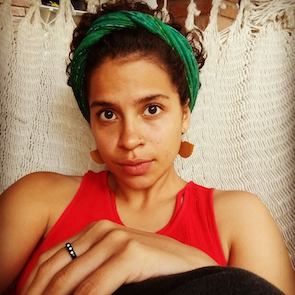 Amaya Eva Coppens is a Nicaraguan and Belgian woman human rights defender who played an important role during the recent democratization protests in Nicaragua. As a leader of the 19th of April Student Movement (Movimiento Estudiantil 19 de Abril) she is defending the right to protest and more generally Nicaraguan’s civil and political rights. The medical student is also a member of the student association “Coordinadora Universitaria Democracia y la Justicia”.

On 14 November 2019, Amaya Eva Coppens was arrested along with 15 other human rights defenders as they were handing out water to the mothers of political prisoners at the San Miguel Arcángel Church in Masaya, Nicaragua. The mothers were on hunger strike demanding the release of their sons and daughters, who were among the more than 140 political prisoners detained since April 2018. On 30 December 2019, Amaya Coppens was released along with 90 other prisoners. While in prison, she suffered asthma attacks due to the poor condition of the mattresses in her cell and had limited access to water for two days. As a result, she had to be taken to a hospital twice during her time in prison. For three days, she was denied the blood pressure medication that her parents had brought for her, as well as the necessary medical attention, which resulted in blood pressure problems.

This is not the first time Amaya Coppens has been detained in connection with her work defending civil and political rights in Nicaragua. In April 2018, when the political crisis in Nicaragua began, the woman human rights defender was insulted and beaten by government supporters and police officers during a protest and was subsequently detained. During her time in prison, she was held in maximum security cells, where she was subjected to torture and ill-treatment by the police. She was released after nine months, on 11 June 2018, under a broad amnesty law that granted freedom to “all the individuals who participated in the events that took place in the whole national territory from 18 April 2018 until the present date", including state agents accused of human rights violations and international crimes, such as crimes against humanity.

On 24 December 2019, Amaya Coppens' brothers were also attacked for their advocacy on behalf of political prisoners in Nicaragua. Diego Luis Coppens Zamora and Santiago Amaru Coppens Zamora, who is a minor, were attacked when they were putting up stickers for a "Christmas without political prisoners” on the streets. When they attempted to return to their grandparents' house around 6pm, they were stopped by government supporters who surrounded them, pushed them and pointed guns at them.

On 24 December 2019, the IACHR granted precautionary measures to Amaya Coppens and 15 other persons arbitrarily detained in the "Nuevo Chipote" prison in Nicaragua.

Since April 2018, human rights defenders in Nicaragua have been the target of attacks, criminalization, threats, and smear campaigns, aimed at weakening their capacity to work for the protection of human rights, which have been seriously violated in the context of the ongoing crisis in the country.