Administrative charges against the Committee for Prevention of Torture

On 13 May 2016, the Central regional court of Orenburg found the human rights organisation the Committee for Prevention of Torture (CPT) and its former head Mr. Timur Rahmatullin guilty of committing an administrative offence. The organisation received an administrative fine of approximately 4000 Euros, while Mr. Rahmatullin was fined in the sum of approximately 1330 Euros. 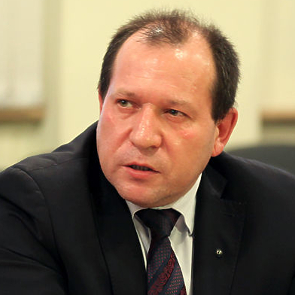 Igor Kalyapin is the chairperson of the Interregional Committee Against Torture, and founder and President of the Joint Mobile Group (JMG), which was established by human rights NGOs in November 2009 following the murder of human rights defender Ms Natalya Estemirova in Chechnya. The JMG received the Front Line Defenders Award in April 2011 for their work in investigating torture and disappearances in Chechnya and was also the 2013 recipient of the Martin Ennals Award. Igor Kalyapin is also a member of the Presidential Council for Civil Society and Human Rights in Russia.

On 13 May 2016, the Central regional court of Orenburg found the human rights organisation the Committee for Prevention of Torture (CPT) and its former head Mr. Timur Rahmatullin guilty of committing an administrative offence envisaged by Article 19.34 part 1 of the Code of Administrative Offences of the Russian Federation (functioning of a non-governmental organisation that performs functions of a foreign agent, not included in the register of non-governmental organisations that perform functions of a foreign agent). The organisation received an administrative fine of approximately 4000 Euros, while Mr. Rahmatullin was fined in the sum of approximately 1330 Euros.

The representatives of the organisation appealed the decision of the Central regional court to the Orenburg regional court but the latter left the decision of the inferior court in force. The fines were imposed despite the fact that the organisation had never received any foreign funding. Its budget consisted of donations made by Russian citizens. However, the court ruled that since these citizens earned their money by working at organisations enlisted as foreign agents the money they gave to the CPT had to be considered as a type of foreign funding.

On 28 January 2016, the Orenburg regional department of the Ministry of Justice accused the Committee for Prevention of Torture (CPT) and its chairman Mr Igor Kalyapin of committing administrative offences. It charged them with violating the 'Foreign Agents' law.

According to the widely criticised Federal Law №121-FZ, “On Introducing Changes to Certain Pieces of Legislation of the Russian Federation as Regards Regulation of Activities of Non-Commercial Organisations Performing the Functions of Foreign Agents”, otherwise known as "Foreign Agents law", any NGO that receives funds from abroad must register as a “foreign agent” if it engages in any kind of vaguely defined political activity, including advocacy and human rights work. 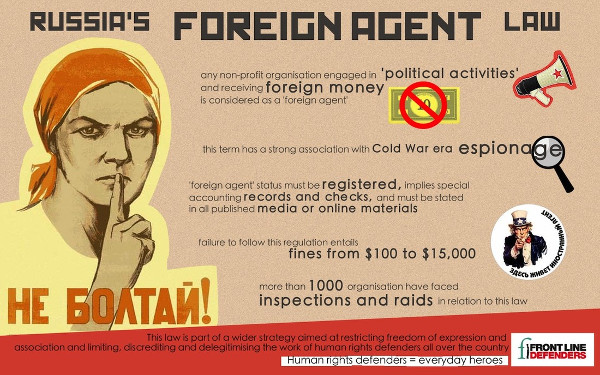 CPT is an inter-regional non-governmental human rights organisation which carries out public investigations into allegations of torture in Russia, represents the interests of torture victims before national and international courts and government agencies, and provides them with assistance in obtaining compensation and medical rehabilitation. CPT was established in 2014 to replace the Inter-regional Committee against Torture, a non-governmental organisation with a similar mandate to CPT, which was closed down in 2014 after it had become clear that it would be enlisted as a 'foreign agent' under Federal Law №121-FZ.

The Committee for Prevention of Torture has never received nor attempted to obtain any form of foreign financial support.

On 28 January 2016, the department of the Ministry of Justice in the Orenburg region initiated two administrative cases, in relation to alleged violations of the 'Foreign Agents' law by CPT and its chairman Igor Kalyapin. According to the document prepared by the Ministry of Justice, CPT has been using foreign sources of funding without being officially registered as a “foreign agent”. Igor Kalyapin has been accused of failing to submit a timely application with the competent government authorities for inclusion of CPT in the list of 'foreign agents' operating in Russia.

On 14 January 2016, CPT was enlisted as a 'foreign agent' by decision of the Ministry of Justice, on the basis of a report issued by the same authority on 22 December 2015. According to the report, CPT must be recognised as a 'foreign agent' as the organisation has been in receipt of financial support contributed by Russian citizens working in organisations sponsored from abroad.

At the beginning of December 2016, the Ministry of Justice conducted an unscheduled inspection of CPT, which was initiated after a group of people, including a former lawyer for the human rights organisation, filed an official complaint against the organisation.

The regional department of Ministry of Justice in Orenburg intends to initiate judicial proceedings in relation to the two administrative cases. If found guilty, Igor Kalyapin faces a fine of up to €3500. CPT itself can be fined up to €5800 for violating the “Foreign Agents” law. Representatives of the organisation have already stated that if they are found guilty in court, the organisation will be forced to close, thus repeating the fate of its predecessor, the Inter-regional Committee against Torture. CPT and human rights defender Igor Kalyapin are planning to appeal the Ministry's decision to bring administrative charges against them, as well as the Government's decision to enlist CPT as a a 'foreign agent'.