His body was only found months later, on October 17, but the actual circumstances of his death remain a mystery for many people. The judge in the case, Gustavo Lleral, found that there was no crime: “Maldonado drowned due to immersion in water aggravated by hypothermia". However he omitted to mention that the autopsy had also determined that this was a case of “violent death”.

Various witnesses and family members have stated that this was a case of forced disappearance. They have given evidence that the 28 year-old was arrested by members of the gendarmerie (a military police unit) near the Chabut River, where he was seen for the last time during the police clamp down on the protest organised by the members of the “Pu Lof en Resistencia” community.

The case has caused a lot of controversy in Argentina, where it has awoken memories of the forced disappearances that took place during the military dictatorship and intensified the existing political polarisation in the country.

There have been numerous protests, some with the participation of former president Cristina Kirchner. There have also been discussions on television, editorials in the newspapers, posters and paintings with the picture of Santiago in the streets and on social media.

In no way could he be considered a typical human rights defender. El Lechuga, as he was known in the University of Plata where he studied fine art, was a handsome backpacker, who wore dreadlocks and made his living doing tattoos and craftwork. He was a nomad who got involved in many different causes, which inspired the murals he used to paint in the streets.

There was a theme connecting all the work that he did during his life: “He believed that we all have a right to a small piece of the earth where we were born”, says his older brother Sergio Maldonado, who has been leading the campaign and acts as the main spokesperson for the Maldonado family. Some of his murals speak of this, as well as his opposition to the use of pesticides and the rights of indigenous peoples to the land.

Maldonado, who since April 2017 was living in the Patagonian region of El Bolsón, had gone to Cuchamen where he joined the protest of the “Pu Lof en Resistencia” community. Since 2015 the Mapuche people have occupied a piece of the large lot of land bought by businessman Luciano Benetton, of the famous Italian clothing company. The Mapuche consider these their ancestral lands.

The land dispute between the Mapuche and Benetton has been going on for two decades. In 2002, a Mapuche community was accused of usurpation after returning to their ancestral land (625 hectares of the 900,000 that Benetton bought in four Argentine provinces). After unsuccessful attempts to resolve the conflict, they were evicted. The same story was repeated in 2007, and again in 2015.

These years of conflict have not paid off for the Mapuche. Their leaders have been persecuted both in Chile and in Argentina, they have been described as terrorists and their protest on both sides of the border has been criminalized and repressed with an excess of violence which has been the subject of repeated official complaints.

The same pattern of excessive use of force was repeated on the 1 August 2017 in Chubut when the police clamped down on the protest and when Santiago Maldonado was seen for the last time.

Although the death of Santiago remains a mystery, there is no doubt about the struggle that the Mapuche and many other indigenous peoples are fighting today in Latin America in the face of mega projects, monoculture and engineering works that threaten what remains of their ancestral lands.

According to figures from Front Line Defenders, in the last year alone approximately 250 people have been killed around the world for their work in defending the rights of indigenous peoples, the right to land and environmental rights.

“It's not that Santiago's life is worth more than another life. It’s just that if his death goes unpunished, you feel that it is setting a bad precedent”, says Sergio Maldonado. “In Argentina there has been a long fight to defend human rights and combat disappearances. This is a step backwards.” 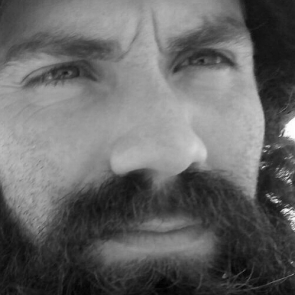