Front Line Defenders has learned with great sadness of the death of human rights defender Rafiq Hajat, who passed on 13 September 2021 of a heart attack. Despite the personal risks, Rafiq Hajat dedicated 20 years of his life to peacefully defending human rights in Malawi.

Rafiq Hajat, was the founder and Director of the Institute for Policy Interaction (IPI), and a leading human rights defenders in Malawi. The IPI, established in 2001, is a non-partisan, non-profit, non-governmental organization working to promote participation by all Malawians in political, economic, and social decision-making processes within a participatory democratic framework. He was also one of the founding members of Transparency International – Malawi.

Rafiq Hajat worked tirelessly to defend human rights and in recognition of his work, he was a finalist of the Front Line Defender Defenders at Risk Award in 2012.

A pro-democracy activist since 1992, he was involved with the framing of Malawi's new constitution in 1995.

Rafiq attended the 2013 Dublin Platform. He described the events of 2011, starting with the civil society-organized mass demonstrations against the increasing authoritarian rule of then-president Mutharika, and which ultimately led to his being targeted: "We had to go into hiding, in fear for our lives, hounded by state-sponsored thugs who moved around in gangs wielding pangas (that's an African word; it means machetes) looking for us. My offices were bombed with Molotov cocktails and all my priceless archives were burned to ashes. My car was smashed to pieces by a gang using iron crowbars. I was virtually at my last gasp in December 2011 when the Norwegian government stepped in and took me to Bergen."

On 3 September 2011, at approximately 1 am, a petrol bomb was thrown through the window of the IPI office in the Chichiri area of Blantyre, following which the front room of the building caught fire resulting in extensive damage. Rafiq Hajat has been publicly accused by former President Bingu wa Mutharika of being an enemy of the state and he was forced to go into hiding. However, in spite of the threats against him he continued to speak out about human rights violations in Malawi.

Front Line Defenders and its staff send condolences to the family, friends, and colleagues of Rafiq Hajat. 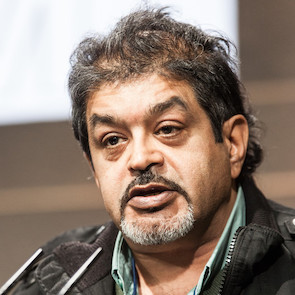