At the end of March, I visited environmental and land rights defender Máxima Acuña de Chaupe at her home in the Cajamarca region of Peru.  The next nonfiction graphic novel we are producing is about environmental and land rights defenders challenging and at risk from resource extraction companies. Máxima is confronting Newmont Mining (US) and its Peruvian counterpart, Yanococha Mining, which are trying to remove her from her land to build a huge gold mine, known as Conga. 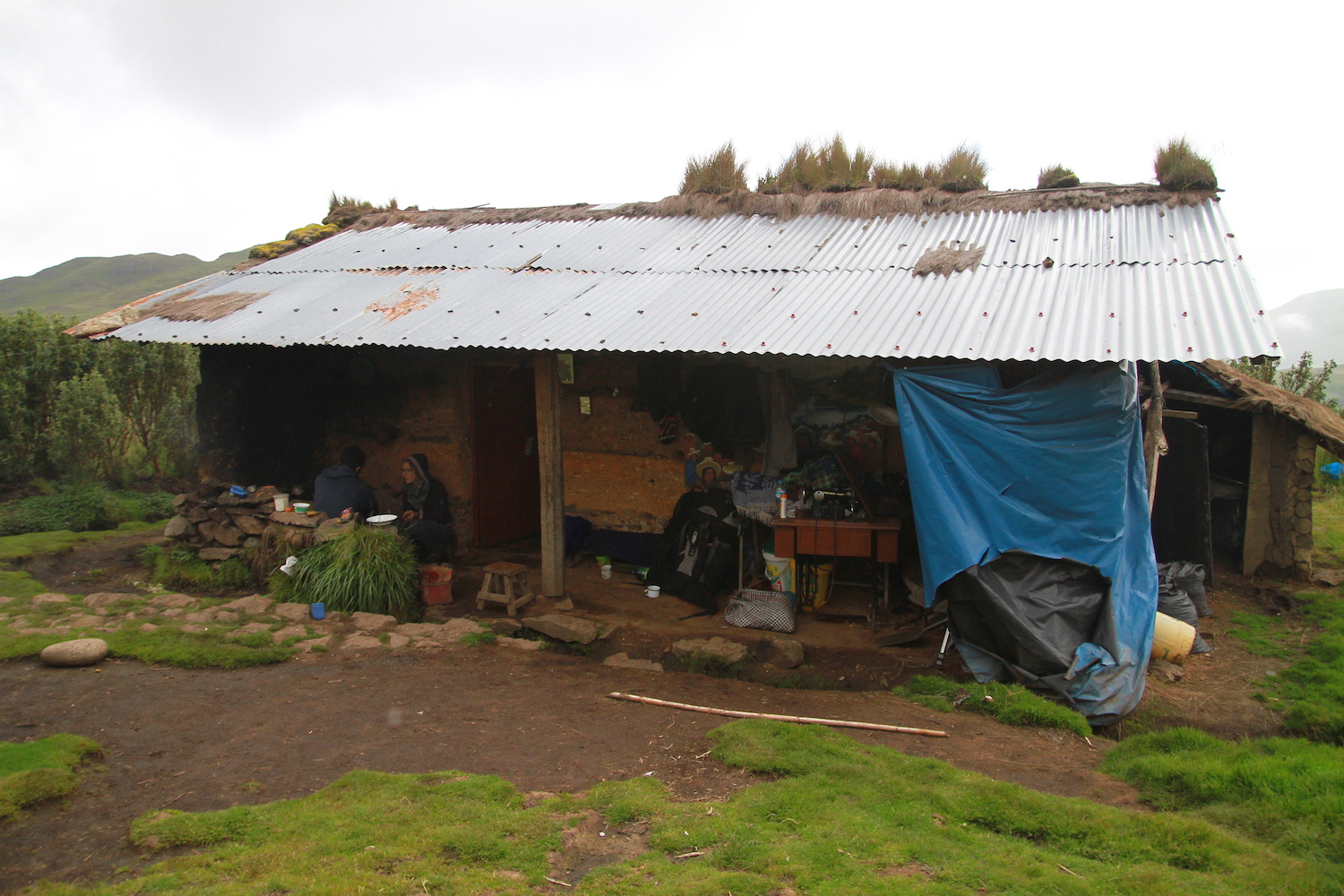 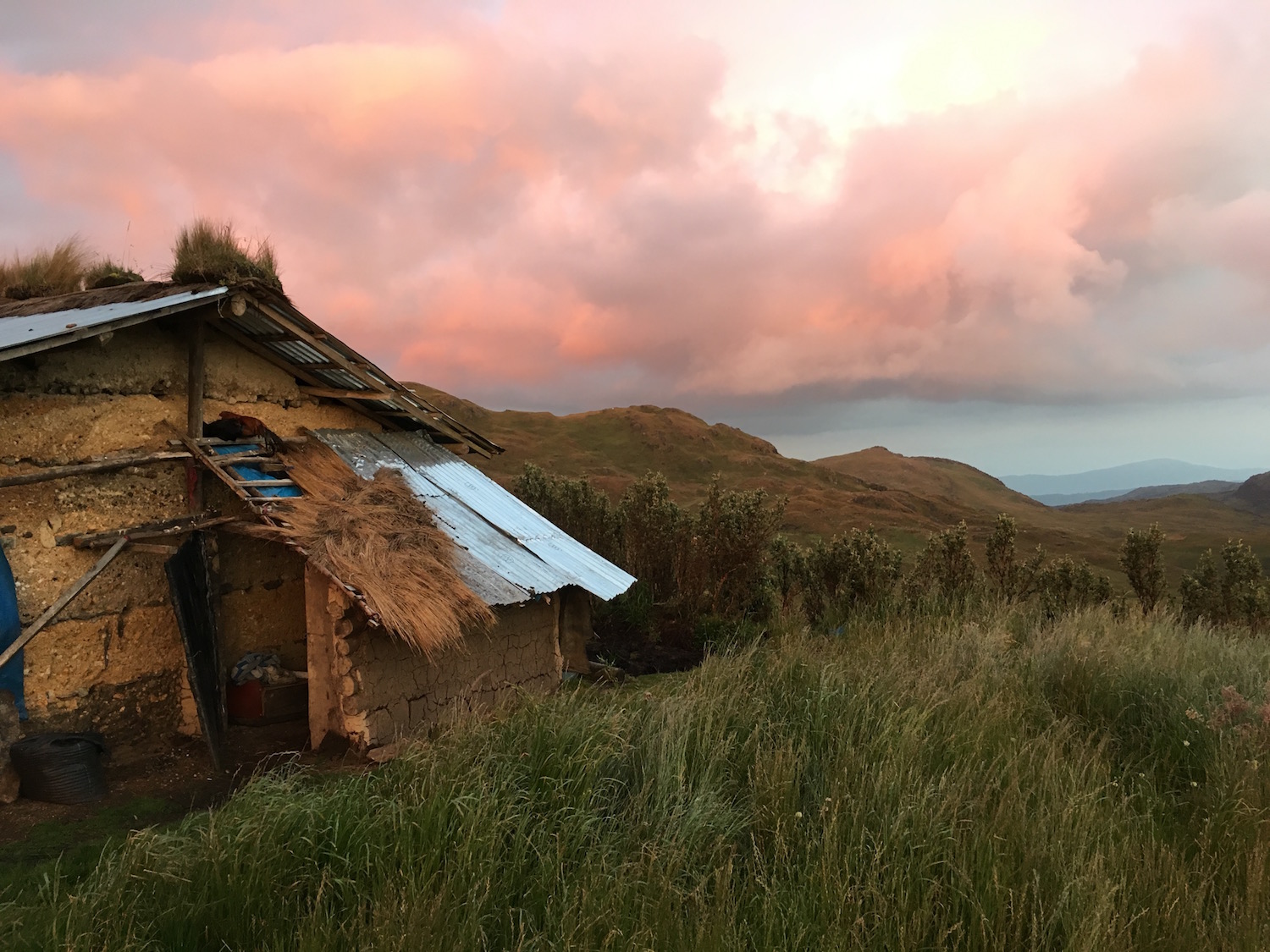 Máxima has faced physical assaults, attacks against her livestock and land, legal harassment, defamation and stigmatisation in her community as a result of her efforts to hold onto her land and advocate for the preservation of the ecosystem in northern Peru, known as the Lagoons region.

Her land is located off a road that winds through the mountains. The government granted Newmont and Yanococha companies a concession for this regoin. Máxima is challenging this concession in court.

To arrive at Maxima's land, we had to cross a checkpoint maintained by a private security firm, Securitas, contracted by the mining corporations.  When the van pulled over to let us out, the first thing we saw was a security compound with a fence demarcating the boundary of Máxima's land.  Two security guards came out to see who we were.

The rest of the time we were there - about 48 hours - we were under their surveillance.  Every time we moved out of the small home that Máxima and her family maintain on the land, the security guards would come to the fence to watch, record and monitor.

In order to leave, we needed to catch a ride with one of the public vans that ply the road between Cajamarca and Santa Rosa.  Yet, when we called to arrange seats, we were informed by the dispatcher that the security company had alerted all drivers that if they stopped to pick us up (and there were checkpoints on either end of the road passing the house) the drivers would be forever prevented from passing through the road. Effectively, they were blockading us.  In the end, we walked through the mountains for 3 hours, avoiding the checkpoints and reaching a private vehicle we arranged for, well down the path to Santa Rosa.

Two days later, as we were meeting other environmental and land rights defenders in Celedin - a nearby town - we learned that the security company invaded Máxima's land, dressed in riot gear, and brought in nearby villagers supportive of the mining operations to dig up vegetables that Máxima's son had planted. This critically harmed the family's food and finances.  This was also at least the fourth time that the security company has organised some form of attack against the farm following visitors coming to witness and lend solidarity to the family. 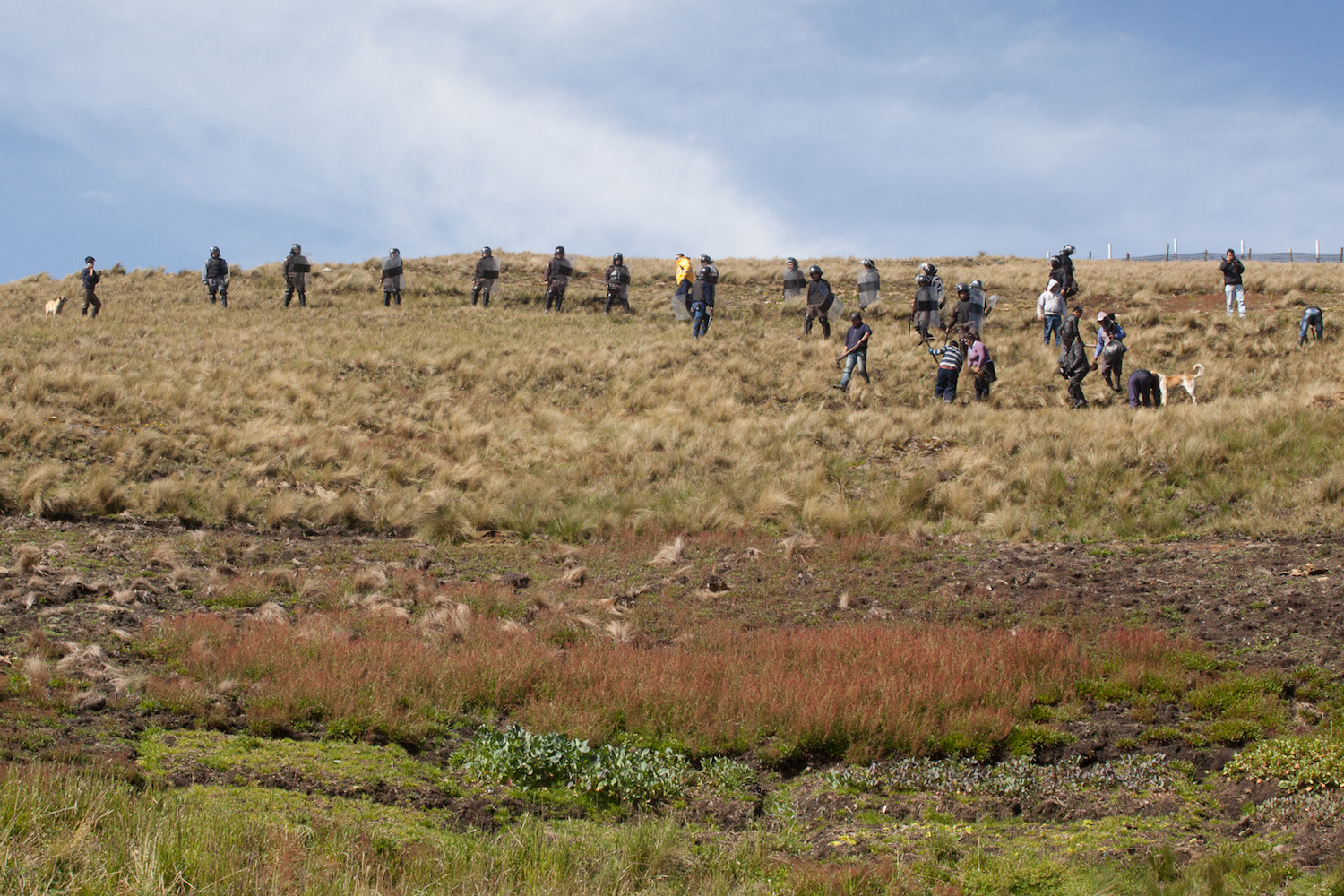 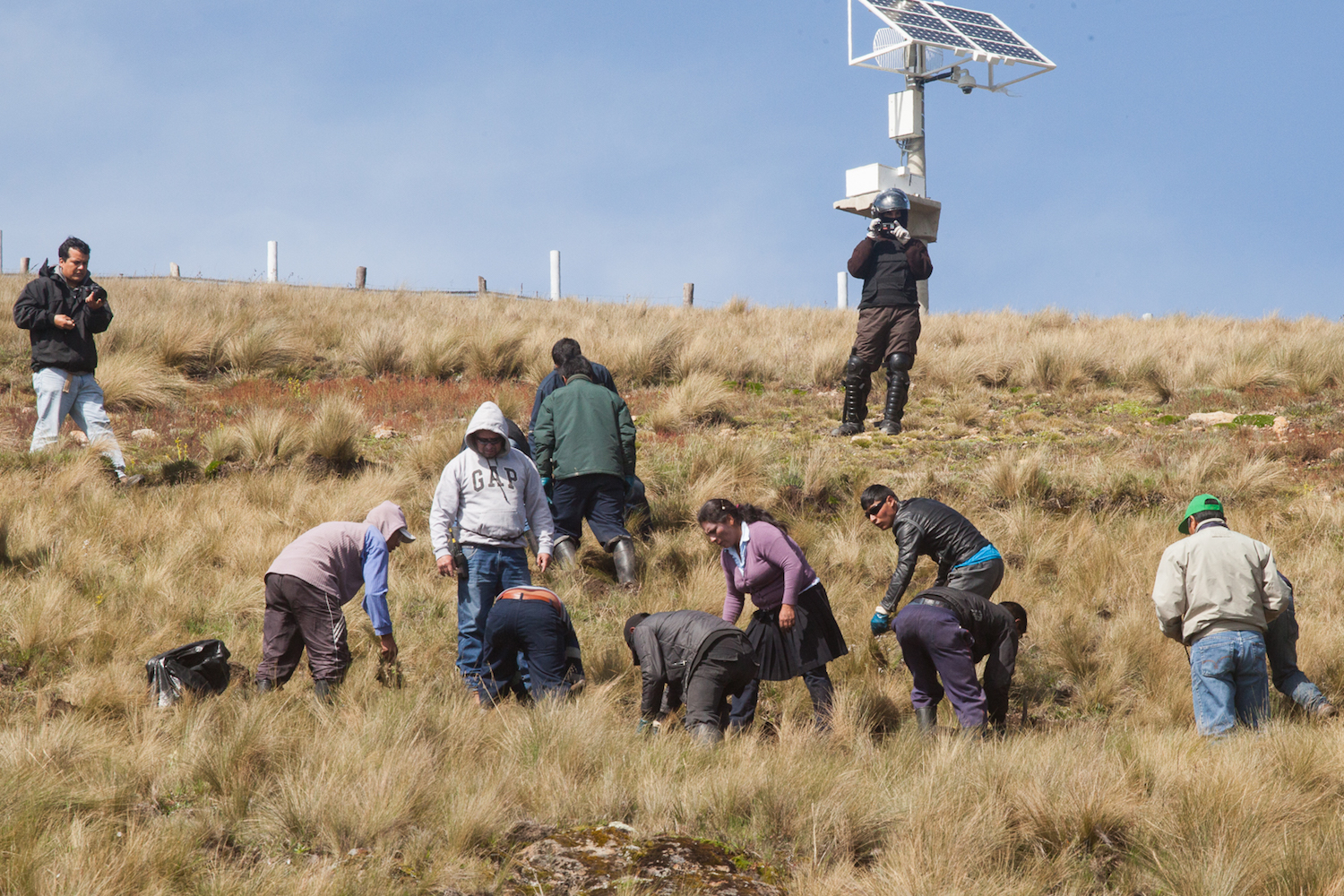 Last week, less than a month after I met her in Peru, Máxima flew to San Francisco to receive the Goldman Environmental Prize for the Americas region. She sang a song about her story of struggle and resilience.  Despite the international acclaim for her human rights work, as she returned home her husband reported intimidation targeting their family.

Newmont Mining announced at its recent shareholder meeting that it is not planning to push forward with Conga at the moment, but the harassment and surveillance of Máxima and her family continues. Peruvian courts also to harass her and to keep the family insecure and financially vulnerable.

But Máxima is determined to stay on her land. She is encouraged by the international solidarity and support. To lend your voice,  sign this peitition to send a message to Newmont Mining to end its lawsuit against Máxima.

And look for the new graphic novel, featuing Máxima's story - and stories of other HRDs from around the world - in 2017.