Well-being is apparently dangerous in Turkey. When my friend Ozlem Dalkiran attended a training workshop on holistic security she was asked to draw something which represented what she was worried about. It is the sort of well meaning flipchart & post-it note psycho-babble which messes with my stress levels, but Ozlem gamely drew a map of Turkey with icons representing people fleeing war in Iraq & Syria in the East and friends in prison in Istanbul. This somewhat child-like drawing has now been lodged as evidence that she is a member of an unspecified terrorist organization. Ozlem is now contemplating well-being in a high security prison two hours outside Istanbul. 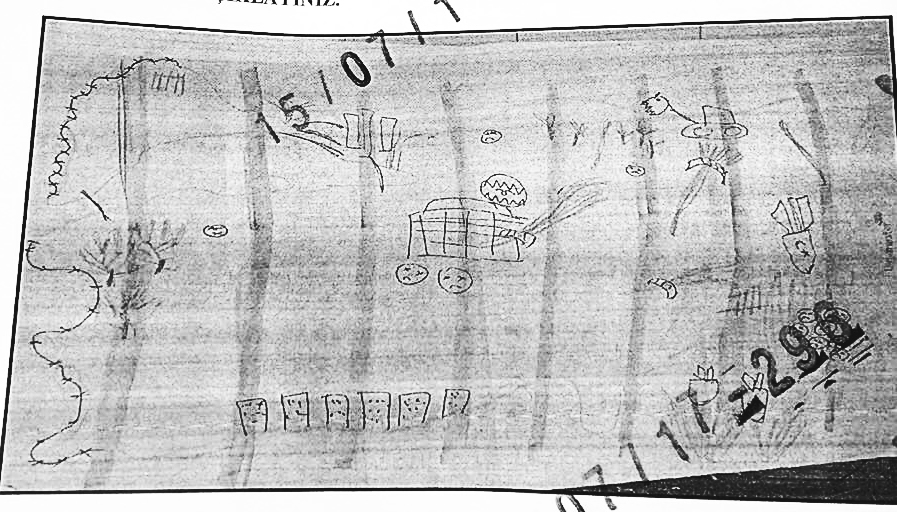 One of the trainers at the workshop is another friend, Ali Gharavi, who was recently one of the authors of a new manual on holistic security. The blurb says it is, “a strategy manual to help human rights defenders maintain their well-being in action… ...(T)he holistic approach integrates self-care, well-being, digital security, and information security into traditional security management practices.” Ali has also been charged with membership of an unspecified terrorist organization. One of the main pieces of supposed evidence lodged against him is a slide taken from a presentation on his laptop about language and culture. It shows an academic map of language groups in Turkey, Iraq and Iran.

The arrest of ten peaceful human rights defenders on terrorism charges based on two maps would be absurd enough, but then the elephant entered the room. Peter Steudtner was the other trainer facilitating the workshop for Turkish human rights defenders. When he was being questioned he was accused of a secret conspiracy to hold a terrorist training activity at the boutique Ascot Hotel on the island of Büyükada, described by the hotel website as, “the largest of the Princes’ Islands, an escape from teeming metropolitan Istanbul, where life moves at a slower pace with no cars or traffic.” Peter pointed out that it was hardly a secret meeting, a broad range of human rights defenders had been invited, and that he himself had provided details of where he was going and what he was doing in the German Government’s “elefand” system for registering foreign travel. And with Orwellian efficiency and no sense of irony the Turkish prosecutor has turned this proof of transparency into evidence of German government involvement in the alleged conspiracy.

The eight Turkish human rights defenders have a distinguished track record of working peacefully for human rights in their country. Idil Eser is the Director of Amnesty International in Turkey. Ali and Peter are internationally respected trainers with a long track record of helping human rights defenders in countries all around the world. But of course the transparently peaceful and legitimate nature of their activities to defend human rights is exactly why they have been targetted by the Turkish authorities. The smear campaign run by the government supporting media accusing them of espionage and conspiring with terrorists is in fact revealing of the fear the ruling elite have of those who seek to hold the powerful to account.

Meeting with human rights defenders in Istanbul and Ankara last week it was inspiring that they retained their determination, courage and humour in the face of the crack-down which has impacted on thousands beyond the Istanbul 10.