“Resisting is the best way to honour their lives. Let us not be shaken.”
- José Vargas Junior

Brazil is one of the most lethal countries in the world for environmental activists and human rights defenders.1 Historically, the state of Pará has registered the highest rates of violence related to agrarian issues in Brazil; located in the Amazon region, it is the most violent state for land rights defenders. The episodes vary from evictions of rural workers, riverside communities or quilombolas; illegal mining, logging and occupation of indigenous areas; destruction of property and assets; physical attacks; arbitrary detention, criminalisation and killings.

On 24 May 2011, José (Zé) Cláudio Ribeiro and María do Espírito Santo were shot dead in an ambush by gunmen on the road leading to the settlement project where they lived. Both were local leaders of the Praia Alta-Piranheira Agro-extractive Project and had received death threats for years by those opposed to their work denouncing illegal logging and in defence of the forest. Two men, Alberto Lopes do Nascimento and Lindonjonson Silva Rocha were sentenced in 2013 to more than 40 years in prison for involvement in the murders. The farmer appointed as the mastermind of the crime, José Rodrigues Moreira, was sentenced to 60 years in prison in 2016, yet police in Para have made no attempt to execute the arrest warrant; as such José Rodrigues Moreira remains a free man.

On 24 May 2017, in what is now widely known as the Pau D’Arco massacre, 10 rural workers and land rights defenders associated with Liga dos Camponeses Pobres – LCP were murdered on the Santa Lúcia farm by police officers. On 26 January 2021, land rights defender Fernando dos Santos Araújo was killed in his house on the Santa Lúcia farm. He was a survivor and one of the key witnesses against the 17 police officers in the Pau d’Arco criminal case. While investigations into the Pau D’Arco massacre saw some progress, no charges have been brought against those who ordered the operation, while the accused police officers were allowed to wait for the trial in freedom and return to active duty, some of them in the region of Pau D’Arco city. In addition, human rights defender José Vargas Sobrinho Junior, who is the lawyer of Pau D’Arco victims, has been facing a criminal investigation against him, considered by those who accompany the case to be an attempt to prevent justice for the Pau D’Arco Massacre.

In a video statement to honour the defenders on the anniversary of the massacre, Mary Lawlor, UN Special Rapporteur on HRDs said “Defending land and environmental rights should never cost any one their life. Impunity for the murders of human rights defenders makes Brazil a very dangerous place for those peacefully defending the rights of others”.

Impunity in these notorious cases, among others, fuels the targeted violence against land and environmental rights defenders in Pará. The threats and murders of human rights defenders in Pará are endemic to the business practices of mining, logging and cattle ranching in this region, and indeed across the country, because resource extraction and agribusiness are prioritised over the lives of rural populations, indigenous communities and quilombolas.

Today, while Front Line Defenders pays tribute to these land and environmental rights defenders and stands in solidarity with their families and communities, it also renews its call for proper investigations and justice for José Claudio Ribeiro and Maria do Espirito Santo, for the victims of the Pau d’Arco massacre, for Fernando dos Santos Araujo and for all those who have lost their lives in the struggle for human rights.

“These could only be stories of death, but they are also - and mainly - stories of struggle.”
- Statement by Comissão Pastoral da Terra and civil society in Brazil released on 24 May 2021. 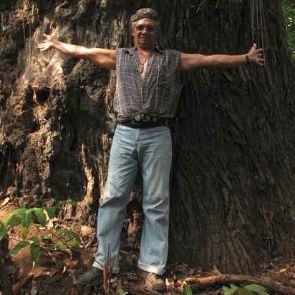 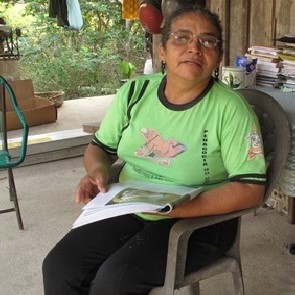