Abdulhadi is two years old and is currently being held with his mother, Zainab Al-Khawaja, in Bahrain's Isa Town Women's Detention Centre. Zainab is one of the best known human rights defenders in Bahrain. She faces three years and one month in prison on several charges, including "destroying public property", for exercising her right to free expression by tearing up pictures of King Hamad bin Isa Al-Khalifa. 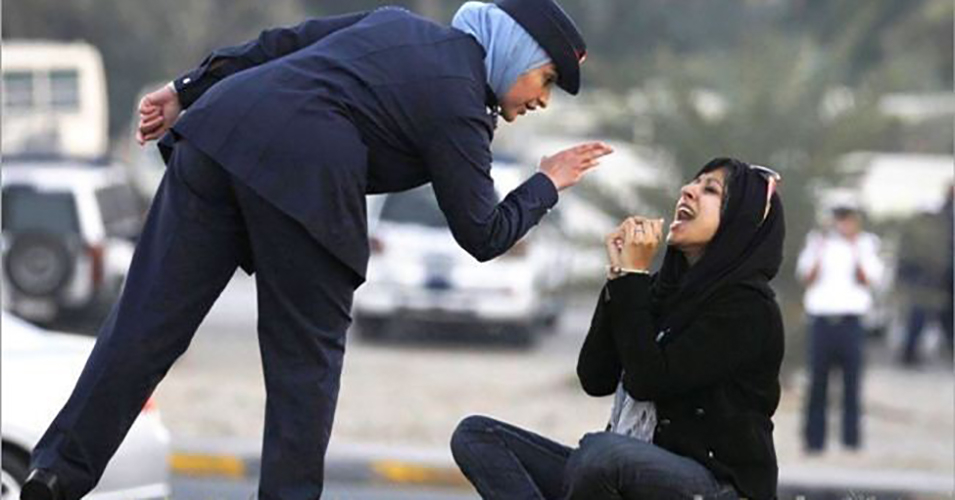 “It has become clear to me that my grandson Abdulhadi is no longer only accompanying Zainab in prison, but is rather a prisoner himself who cannot leave regardless of the situation”.

When US Secretary of State John Kerry visited Bahrain in April, Bahraini authorities assured him that Zainab Al Khawaja was due to be released on humanitarian grounds. More than a month later, on 9 May, the Foreign Ministry again stated that Zainab Al-Khawaja would be freed because of her children. Now it appears that the prison authorities are under no obligation to honour the commitments made by the Foreign Ministry, while the judge in charge of the case has apparently not decided whether or not she should be released.

The Bahraini authorities failed to deliver on promises to the international community to introduce reforms and they ignored the recommendations of the Bahrain Independent Commission of Inquiry, chaired by Professor Cherif Bassiouni and established to look into human rights violations following the protests in 2011. In the same way, these recent promises to Secretary of State Kerry are devoid of meaning.

In recent weeks the Bahraini ruling elite have been falling over themselves to congratulate each other for having completed the “reform process”. However we can now see what reform really means in a Bahraini context. It means the consolidation of a system in which torture is endemic; human rights defenders and political activists are sentenced to long prison terms, on the basis of vaguely worded laws and following trials in which the evidence against them consists of confessions extracted under torture; people taking part in peaceful protests are routinely beaten or abused as they are taken into custody, without anyone being challenged or held to account.

Bahrain is a country in which the media is silenced and the rights to freedom of expression and association are routinely denied.

Michel Forst, the United Nations Special Rapporteur on Human Rights Defenders, has repeatedly urged the authorities “to review Bahraini laws and practices to be compliant with Bahrain’s obligations under human rights law, especially the freedoms of expression and association and the right not to be arbitrarily deprived of liberty.”

Meanwhile, Zainab's father, human rights defender Abdulhadi Al-Khawaja (after whom little Abdulhadi is named), is still in prison serving a life sentence after an unfair trial during which he was given limited access to his lawyers, and the court consistently refused to address the serious and credible allegations of torture (which were ultimately documented in the BICI Report). He had been so badly beaten during his arrest that he required four hours of surgery on his jaw. As long as Abdulhadi Al-Khawaja and other HRDs such as Saeed Al-Samahiji and Dr Ali Al-Ekri remain in jail, then talk of reform in Bahrain is largely meaningless.