About Xu CaihongPlease send this letter and stand with Xu Caihong.Case History 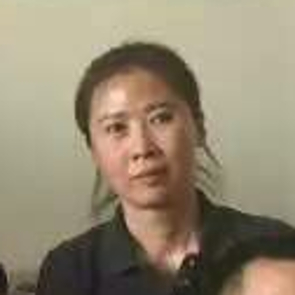 On 31 May 2016, human rights defenders Messrs Zhao Changqing, Zhang Baocheng and Ms Xu Caihong were detained by police in Beijing. It is believed their detentions are linked to a private commemoration they held ahead of the 27th anniversary of the military crackdown on pro-democracy protests in Beijing in 1989. Four other human rights defenders who attended the event remain out of contact.

Zhao Changqing is a human rights defender who has been imprisoned four times, totalling 11 years, as a result of his activities promoting democracy, rule of law and human rights. Zhao Changqing was jailed for four months after the Tiananmen Square crackdown in Bejiing in 1989. In the immediate aftermath of the crackdown, he collected evidence detailing the army's killing of protesters before he was stopped by soldiers on 7 June who searched him, found his notes and beat and detained him. In 1998 he wrote an open letter to the National People's Congress calling on the Chinese Communist Party to follow in the footsteps of Taiwan and make the transition to democracy and safeguard human rights. He was charged with 'inciting subversion of state power' and jailed for three years. In 2002 he organised a signature campaign to call for the release of fellow human rights defender Mr Yang Jianli who had been jailed by the Chinese authorities. He was arrested and the following year he was sentenced to five years in prison, once again for 'inciting subversion of state power'. In 2011 and 2012, Zhao Changqing initiated a number of gatherings in Beijing as part of a New Citizens' Movement to discuss rule of law, good governance and equality within the education system, and calling on the Chinese authorities to be more responsive to the demands of the Chinese people. As a result of his role in this movement, he was arrested and in 2013 and in 2014 was sentenced to two and a half years in prison.

Zhang Baocheng is an active participant in the New Citizens Movement, a loose collection of individuals who campaigned for greater transparency among Chinese Communist Party officials, greater equality within the education system as well as for a Constitutional Government. In 2014 he was sentenced to two years in prison because of his participation in demonstrations related to that movement.

Xu Caihong is a Beijing-based human rights defender who has been detained numerous times over the past number of years because of her activism. She has assisted people who have travelled to Beijing to petition the central authorities following transgressions of their rights and has previously participated in commemorations of the Tiananmen Square crackdown.

On the morning of 31 May 2016, Zhao Changqing was taken from his home by police in Beijing. At around 7.30 am that same morning, as Zhang Baocheng left his apartment to bring his wife, Ms Liu Juefan, to work, the two were detained by police and brought to a local police station. Liu Juefan was released shortly afterwards and escorted home. At around 8.40 am police arrived to search their apartment. Two computers and a camera were confiscated. Xu Caihong was also reportedly detained by police in the early hours of 31 May 2016 and is being held in Fengtai District police station, where she is being detained on charges of “picking quarrels and provoking troubles”. It is believe Zhao Changqing and Zhang Baocheng are also being detained on such charges, though this has yet to be confirmed.

On 28 May 2016, Zhao Changqing, Zhang Baocheng, Xu Caihong and four other human rights defenders attended a private event in the home of Zhao Changqing to commemorate the victims of the Tiananmen Square massacre in 1989, ahead of the 27th anniversary of the crackdown on 3-4 June. After the event, the participants posted a photo of themselves online sitting in front of a poster remembering the Tiananmen Square crackdown and calling for the release of fellow human rights defenders Messrs Guo Feixiong and Yu Shiwen. The four other participants, Messrs Li Wei, Ma Xinli, Liang Taiping and Ms Li Meiqing have reportedly been out of contact since the morning of 31 May 2016.

1. Immediately and unconditionally release human rights defenders Zhao Changqing, Zhang Baocheng and Xu Caihong and drop all charges against them as I believe that they are solely motivated by their legitimate and peaceful work in defence of human rights;

2. Inform the families of Zhao Changqing and Zhang Baocheng of their place of detention, and along with Xu Caihong allow them all immediate and unfettered access to lawyers of their choosing;

3. Inform family members of the whereabouts of Li Wei, Ma Xinli, Liang Taiping and Li Meiqing as it is assumed they have also been detained by police and allow them immediate and unfettered access to lawyers;

4. Ensure that the treatment of all of the above-mentioned human rights defenders, while in detention, adheres to the conditions set out in the ‘Body of Principles for the Protection of All Persons under Any Form of Detention or Imprisonment', adopted by UN General Assembly resolution 43/173 of 9 December 1988;

5. Cease targeting all human rights defenders in China and guarantee in all circumstances that they are able to carry out their legitimate human rights activities without fear of reprisals and free of all restrictions.