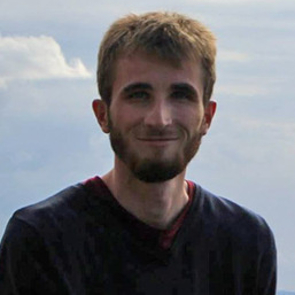 Zhalaudi Geriev is a human rights defender and independent journalist who works for the online news portal Caucasian Knot, a Russian media portal covering current developments in the Caucasus and well known for its reporting on abuses by Chechen authorities.

The sentencing of the human rights defender to three years imprisonment, followed his arrest on 16 April 2016. Zhalaudi Geriev was dragged from a bus and forced into a vehicle by three armed police officers while travelling from Kurchaloi to Grozny. The police officers took his two phones and backpack, tied his hands with wire, and drove him to a forest 35 kilometres from Grozny, in the Kurchaloi district of Chechnya. The police officers questioned him about his work, and accused him of being a member of terrorist organisation. A plastic bag was placed tightly over Geriev’s head, and removed before he was about to suffocate.

The police officers then took Geriev to a cemetery on the outskirts of Kurchaloi, where they “officially” arrested him for “violating the rules of turnover of narcotic drugs and psychotropic substances”, under article 228 of the Russian Criminal Code. This charge is based on a large package of marijuana which was planted in the backpack of the human rights defender, the same one which was taken from him earlier by police officers. Zhalaudi Geriev was brought to Kurchaloi police station, forced to sign a confession stating the drugs in his backpack belonged to him and placed in pre-trial detention.

On 14 June 2016, the trial of Zhalaudi Geriev began in Shali District Court, the human rights defender withdrew his confession saying it was made under pressure, however the court failed to consider this. During the trial, Geriev's lawyer insisted that there were significant gaps and flaws in the preparation of procedural documents, including inspection reports of the crime scene, Geriev's interrogation and multiple violations of criminal procedure. On 31 August 2016, the prosecutor requested that Zhalaudi Geriev be sentenced to five years imprisonment and one year of restraint of liberty. On 5 September 2016, Shali District Court of Chechnya sentenced the human rights defender to three years imprisonment. His lawyers plan to appeal to the Supreme Court of Chechnya to quash the conviction completely.

I strongly condemn the fabricated charges brought against Zhalaudi Geriev, as well as the heavy sentencing, as I believe they are solely related to his peaceful and legitimate work reporting human rights abuses in Chechnya.

1. Ensure the immediate release of Zhalaudi Geriev and quash the sentence against him;

2. Return the items confiscated, as they are manifestly not linked to any criminal activity;

3. Guarantee in all circumstances that all human rights defenders in Russia are able to carry out their legitimate human rights activities, nationally and internationally, without fear of reprisals and free of all restrictions including judicial harassment.