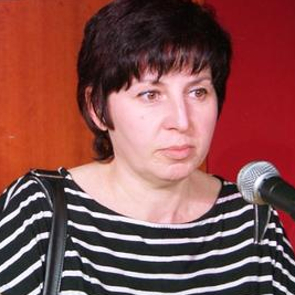 On 2 September 2016, six members of the human rights organisation Voice of Beslan were found guilty by the Pravoberezhniy Region Court of committing an administrative offence, and sentenced to either twenty hours of correctional labour or a 260 Euros fine.

Voice of Beslan is a human rights organisation whose members are the relatives of people who were held hostage or killed during an attack in a school on 1-3 September 2004 in Beslan, North Ossetia. The kidnappers carried out a bomb attack in the school, killing many people, followed by a disproportional use of force by Russian police which killed many more hostages. In total, 1128 people were taken hostage; 334, including 186 children, were killed and a further 783 were injured. Twelve years after the event, the families of the victims continue to demand justice for those responsible for the attack. The organisation's goal is to compel the Russian law enforcement agencies to conduct a thorough and impartial investigation into the events. Ms. Ella Kesaeva is the Chair of the organisation.

On 2 September 2016, at 3:00 a.m., six members of Voice of Beslan, Ms Ella Kesaeva, Ms Emma Betrozova, Ms Zhanna Tsirihova, Ms Svetlana Margieva, Ms Emiliya Bzarova and Ms Zemfira Tsirihova, were released from the Pravoberezhniy Region Court, after spending  fourteen hours in detention. All of the women were tried and found guilty of committing an administrative offence under paragraph 2 article 20.2 of the Code of Administrative Offences, ”violation of the established procedure of organisation or holding of a meeting, rally, demonstration, parade or picketing”. Four out of the six human rights defenders were sentenced to twenty hours of correctional labour while two others were fined approximately 260 Euros.

On 1 September 2016, the six members of Voice of Beslan were arrested after holding a commemorative service for the victims of the 2004 attack in which they wore t-shirts stating “Putin – Beslan executioner”. The women were surrounded by approximately fifty police officers, forced into police cars and taken to the Pravoberezhniy region police office in North Ossetia. The human rights defenders plan to appeal the ruling by the court and to attend a medical examination in order to document the bruises which they sustained during their arrest.

Separately, during the commemorative service, several journalists were sprayed with paint, attacked and beaten by plain clothed persons who took their cameras and telephones. The police who was present did not interfere to protect them nor arrest the attackers. The items were later returned to the journalists by the police, with all the data erased.

I condemn the administrative sanctions imposed on the six members of the human rights organisation Voice of Beslan and the reportedly excessive use of force towards them during their arrest. I believe the harassment is directly linked to the organisation's peaceful and legitimate work in defence of human rights in North Ossetia.

1. Immediately quash the conviction of six human rights defenders from Voice of Beslan;

2. Carry out an immediate, thorough and impartial investigation into the allegations of excessive use of force during the arrest of the human rights defenders;