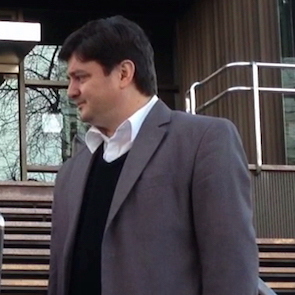 Viviana Beigel and Pablo Salinas Cavalotti are human rights lawyers who are specialized in defending victims of crimes against humanity committed during the Argentinian dictatorship. They are also part of the Movimiento Ecuménico por los Derechos Humanos - MEDH (Ecumenical Movement for Human Rights) in the region of Mendoza, and members of the Human Rights Institute at the National University of Cuyo. Both human rights defenders have written several books regarding violations and punishment for perpetrators of crimes against humanity in Argentina.

The human rights defenders believe that this new wave of threats and intimidation comes as a result of their role in the case against 28 policemen, military, jailers, supporters of the dictatorship, and 4 former judges charged with crimes against humanity committed between 1976 and 1983. On 26 July 2017, the case will be judged in Mendoza, following more than three years of investigations and procedures.

Front Line Defenders has previously reported on violations against human rights defenders struggling for the right to truth and justice for crimes against humanity committed during the Argentinian military dictatorship. On 13 August 2016, six unidentified men broke into the house of human rights lawyer Laura Figueroa in Tucuman and destroyed her belongings without taking any valuables. The break in took place whilst the lawyer attended a ceremony where the remains of an activist forcefully disappeared during the dictatorship were returned to his family. On the same day, two human rights defenders from Catamarca, acting as witnesses in cases of crimes against humanity committed during the dictatorship, were intimidated. One received repeated threatening calls to her mobile phone, while the other was followed by an unknown vehicle from her house to the place where she met relatives of the disappeared in order to commemorate their passing. (The human rights defenders’ names have not been published for security reasons).

Between 1976 and 1983, a series of repressive military juntas ruled over Argentina, resulting in the disappearance of over 30,000 people with university students, union leaders, political dissidents and human rights defenders being  particularly targeted. A key moment for truth and justice came in June 2005, when the Supreme Court of Justice declared that  two  laws preventing prosecutions for crimes committed during the dictatorship were unconstitutional. Human rights defenders, along with associations of survivors and relatives of victims, have since led the way in the pursuit of truth and justice.

I urge the authorities in Argentina to:

1. Carry out an immediate, thorough and impartial investigation into the threats and intimidation against Viviana Beigel and Pablo Salinas Cavalotti, with a view to publishing the results and bringing those responsible to justice in accordance with international standards;

2. Take all necessary measures to guarantee the physical and psychological integrity and security of Viviana Beigel and Pablo Salinas Cavalotti, in consultation with the defenders, as well as of the members of their family;

3. Ensure that all human rights defenders in Argentina seeking truth and justice in cases of crimes against humanity are able to exercise their legitimate activities without fear of reprisals.