About Siti KasimPlease send this letter and stand with Siti Kasim.Case History 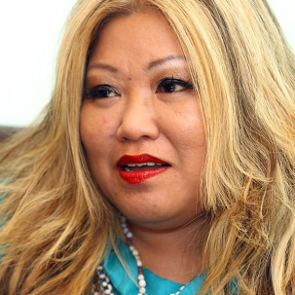 On 13 June 2017, human rights defender, Siti Kasim, was informed that she would be charged for “obstructing a public servant” during a raid which was carried out by the Federal Territories Islamic Religious Department (Jawi) in Kuala Lumpur on 3 April 2016 on an event hosted by transgender women. She was notified of the charge just a few hours after the High Court compelled Jawi, Malaysia’s religious police, to provide Siti Kasim with the names of the officers who were in charge of the raid following an application she filed for the purpose of proceeding with a civil lawsuit.

Siti Kasim is a human rights lawyer, as well as an indigenous and LGBTI rights defender. She is a council member of the Malaysian Bar’s human rights committee and the co-deputy chair of the Committee on Orang Asli rights. She has defended the Orang Asli indigenous communities fighting against human rights violations resulting from mining and logging activities on their lands in Peninsular Malaysia. Siti Kasim is also a prominent advocate for the LGBTI community in the country. She has already received death threats for speaking out against the rise of religious extremism in Malaysia.

On 13 June 2017, Siti Kasim said in a Facebook post that she had been contacted by the Dang Wangi police in Kuala Lumpur who informed her she would be charged under section 186 of the Penal Code, related to “Obstructing a public servant in discharge of his public functions”. She will appear before the Duta Court on 23 June 2017 to be formally charged. This charge carries a penalty of two years imprisonment and/or a RM 10,000 fine (about 2000 euros).

Siti Kasim filed an application against the Federal Territories Islamic Religious Department in order to compel the group to name the officers who raided a transgender event without a warrant on 3 April 2016, arresting the defender, along with the event’s organiser. The event, a fundraising dinner and beauty pageant for transgender women, was raided on grounds that it violated a fatwa against beauty contests. On 13 June 2017, just a few hours before Siti Kasim was informed she was charged, the Kuala Lumpur High Court had ordered the government to provide her with the names of the Jawi officers involved in the raid within 14 days.

I condemn the false charges against human rights defender Siti Kasim, which I believe are solely motivated by her peaceful and legitimate work for human rights in Malaysia.

2. Guarantee in all circumstances that all human rights defenders in Malaysia are able to carry out their legitimate human rights activities without fear of reprisals and free of all restrictions, including judicial harassment.