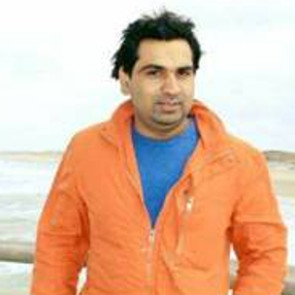 On 7 January 2017, Ahmed Raza Naseer was taken by unidentified men from his family’s shop in Nankana Sahib, Sheikhupura, Punjab province. On 6 January 2017, Salman Haider disappeared from Islamabad. Before his disappearance,  the human rights defender told his brother that he was in the Bani Gala region with friends and had called his wife to let her know that he would be home by 8 p.m. At 10 p.m., his wife called him but there was no answer.  Salman Haider's wife later received a text message to her phone, instructing her to collect his car from a roadside at Koral Chowk, located on the outskirts of Islamabad. The police later found Salman Haider's car in Korang Town. A First Information Report (FIR) has been registered at the Lohi Bher police station and police are investigating it as a possible kidnapping under Section 365 of the Pakistan Penal Code. On 4 January 2017, Waqas Goraya and Asim Saeed were taken from Wapda Town, Lahore and were reported missing by a cybersecurity NGO.

In August 2016, the Pakistani government introduced a cybercrimes law which is being used to hamper digital freedom of expression. Under this law, the government is able to censor online content, criminalize internet user activity and access internet users’ data without judicial review.

I express grave concern at the disappearance of human rights defenders  Salman Haider, Ahmed Raza Naseer, Waqas Goraya and Asim Saeed, which I believe is solely motivated by their peaceful and legitimate work in human rights in Pakistan.

1. Carry out an immediate, thorough and impartial investigation into the disappearance of human rights defenders Salman Haider, Ahmed Raza Naseer, Waqas Goraya and Asim Saeed, with a view to ensuring their protection and release, publishing the results and bringing those responsible to justice in accordance with international standards;

2. Guarantee in all circumstances that all human rights defenders in Pakistan are able to carry out their legitimate human rights activities without fear of reprisals and free of all restrictions.