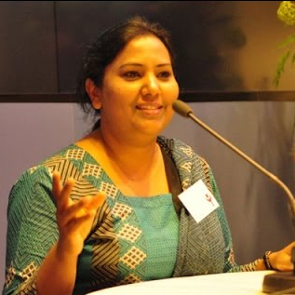 Rubina Feroze Bhatti is the founder and General Secretary of the Taangh Wasaib Organization (TWO), an organisation which addresses issues of violence against women, religious intolerance and discriminatory laws and policies against women and religious minorities in 12 districts of the Punjab province of Pakistan. Rubina Feroze Bhatti is also a member of the Advisory Council for Minority Affairs established by the Ministry for Human Rights and Minorities’ Affairs.

On 2 September 2016, a team of police was seen in the vicinity of the home of the human rights defender while she was not present, and also questioned her house maid of her whereabouts. On 1 September 2016, police went to TWO’s office at Gushan-e-Bashir, Sargodha, and stated they were there to shut down the office. The staff asked the police to show orders to this effect which they did not. The police locked the offices of TWO and temporarily detained 8 staff members Mr. Naveed Sardar, Mr. Mohsin Noor, Mr. Azeem Khan, Mr. Zaib Nawaz, Mr. Ijaz Ahmed, Mr. Haider Ali, Mr. Muhammad Shafique and Mr. Meherban in Sargodha police station. The police asked the staff members for the whereabouts of Rubina Feroze Bhatti.

On 5 August 2016 Rubina Feroze Bhatti met with an inspector from the Ministry of Interior in Lahore and was told that a complaint had been filed against TWO, alleging that the organisation preached Christianity and defamed the country. The human rights defender rejected these allegations and provided details about her NGO’s work, particularly its long-term efforts for communal interfaith harmony. On 9 August 2016, the inspector along with another colleague visited the office of TWO in Sargodha, without prior notice, to collect more information for their investigation.

On 14 June 2016, the Government of the Punjab Home Department sent a letter to 7 government agencies, stating that TWO is involved in “dubious” activities and it is recommended that the NGO be banned from operating.

I am concerned by the harassment against the human rights defender Rubina Feroze Bhatti and her organisation TWO, which I believe is being targeted solely due to its peaceful and legitimate work to address issues of violence against women, religious intolerance and discriminatory laws in Punjab, Pakistan.

1. Drop the investigation against Taangh Wasaib Organization and allow it to reopen its offices and freely operate;

2. Immediately cease all further harassment of Dr. Rubina Feroze Bhatti and her organisation TWO, as I believe that the closure carried out at her organisation was solely as a result of her legitimate work in defence of human rights ;