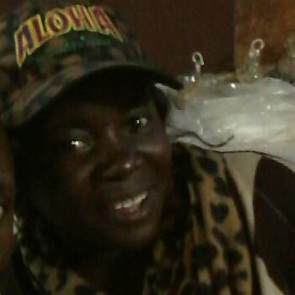 On 30 September 2017, human rights defender Phoibe Kahambu was arrested by police officers in Goma, in the North Kivu region of the Democratic Republic of Congo, along with 32 other members of LUCHA during a peaceful demonstration.

Phoibe Kahambu is a human rights defender and member of Lutte pour le Changement – LUCHA (Fight For Change). LUCHA is a non-violent and non-partisan youth civil society movement founded in June 2012 in Goma, the capital of North Kivu. The movement advocates for social justice and accountability in the DRC through campaigns, and encourages Congolese citizens to fight for the promotion and respect of human rights. In October 2016, President Joseph Kabila announced that presidential elections would be postponed, extending his two-term mandate beyond constitutional limits. LUCHA and its members have been instrumental in organising civil society to call for the electoral calendar to be published, in line with the constitution.

On 30 September 2017, Phoibe Kahambu was detained in Goma, the capital of North Kivu, during a peaceful demonstration organised by LUCHA. The demonstration put forward demands for the Commission Nationale Electorale Indépendante – CENI (Independent National Electoral Commission) to publish an electoral calendar for the presidential elections. Peaceful demonstrations were organised across three cities - Bunia, Kisangani and Goma – while arrests took place at both the Kisangani and Goma demonstrations. Phoibe Kahambu was arbitrarily arrested in Goma along with 32 other members of LUCHA and is being detained at the police station in Kahembe, Goma. The human rights defender has been charged with “disturbing public order” and “inciting a revolt”.

This incident is part of a larger pattern of targeted action and harassment against youth-led civil society movements in the DRC. On 19 September 2017, 11 human rights defenders affiliated with Filimbi, a pro-democracy and civil society movement which advocates against poor governance and human rights abuses, were arrested while planning a peaceful demonstration and detained for four days. Between 24 and 26 October 2016, 14 members of LUCHA were arrested for mobilising students to participate in peaceful demonstrations organised throughout the DRC. Another LUCHA activist, Nicolas Mbiya, was arrested on 14 July 2017 and remains in detention without being informed of the formal charges against him. He had previously been arrested on both 18 December 2016 and 15 May 2017 as a result of his human rights work.

Human rights defenders in the Democratic Republic of Congo have been subjected to arbitrary detention and violent attacks, including killings. In 2017, Front Line Defenders has reported on the killings of human rights defenders Tsongo Sikuliwako Alex, Alphonse Luanda Kalyamba, Marcel Tengeneza, the attempted killing of Butoto Kiza and the death threats against Philippe Busimba.

I condemn the arbitrary arrest and detention of Phoibe Kahambu as I believe she has been targeted for her legitimate exercise of the right to freedom of peaceful assembly and association.

1. Immediately and unconditionally release and drop all charges against Phoibe Kahambu and Nicolas Mbiya as I believe that they are being held solely as a result of their legitimate and peaceful work in the defence of human rights;

2. Ensure that the treatment of Phoibe Kahambu and Nicolas Mbiya while in detention adheres to the conditions set out in the ‘Body of Principles for the Protection of All Persons under Any Form of Detention or Imprisonment', adopted by UN General Assembly resolution 43/173 of 9 December 1988;

3. Cease targeting all human rights defenders in the DRC and guarantee in all circumstances that they are able to carry out their legitimate human rights activities without fear of reprisals and free of all restrictions including judicial harassment.