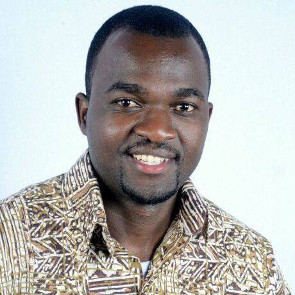 On 18 November 2016, Mr Patson Dzamara was abducted as he was preparing for an Anti-Corruption and Bond Notes protest known as “MunhuWeseMuRoad” that he had helped to organise in Harare.

Patson Dzamara is a human rights defender working for good governance and against corruption in Zimbabwe. He has consistently spoken out against corruption and impunity within government ranks. Patson Dzamara’s brother, Itai Dzamara, is also a human rights defender, journalist, and organiser of the Occupy Africa Unity Square, a project launched in 2014 that demands accountability and transparency from the Zimbabwean government. Itai Dzamara was abducted and disappeared on 9 March 2015, and his whereabouts remain unknown. Patson Dzamara explains that his brother’s disappearance motivated him to “...take a bold stand against human rights violations and leadership failure in Zimbabwe”.

On the morning of 18 November 2016, Patson Dzamara and several colleagues were driving to the organising point for the Anti-Corruption and Bond Notes protest when several unidentified, armed men blocked the two vehicles they were driving in. While some of his fellow human rights defenders fled the scene, Patson Dzamara was abducted, blindfolded, and pushed into another vehicle with the assailants. According to witnesses, the unidentified men then set the two vehicles that Patson Dzamara and his colleagues had been travelling in on fire and sped off from the scene.

While in the moving vehicle,  Patson Dzamara was struck with metal spikes that the abductors had recuperated from the road where they were being used to deflate vehicle tires. A gun was held to his neck, and Patson Dzamara was told by the armed men, “You haven’t learnt and taken heed of how we treated your brother and now your time to learn is upon you”.  He believes that they drove him to Lake Chivero and intended to drown him there. However, after beating him again, taking away his clothes, and binding his hands, the assailants pushed him out of the vehicle, onto the ground and left him there. Patson Dzamara crawled to the edge of a nearby road and called out for help. At approximately 3 am, a passer-by helped him get to a gas station where he was able to call his family, who brought him to the hospital.

Patson Dzamara is now recovering in the hospital, where he is receiving appropriate medical treatment for his injuries. He has received no further threats or harassment, and his colleagues who had been missing after the incident have now been found. The authorities have not launched an investigation into the abduction, torture, or torching of the two vehicles the human rights defenders were travelling in.

I express sincere concern at the recent abduction and torture of Patson Dzamara, and recognize this incident as part of a troublesome pattern of persecution against human rights defenders in Zimbabwe.

I urge the authorities in Zimbabwe to:

1. Take all necessary measures to guarantee the physical and psychological integrity and security of Patson Dzamara;

2. Carry out an immediate, thorough and impartial investigation into Patson Dzamara’s abduction, torture, and the destruction of his vehicle, with a view to publishing the results and bringing those responsible to justice in accordance with international standards;

3. Investigate and bring to justice those responsible for the disappearance of Itai Dzamara with the aim of facilitating his return to his family and colleagues;

4. Guarantee in all circumstances that all human rights defenders in Zimbabwe are able to carry out their legitimate human rights activities without fear of reprisals and free of all restrictions.