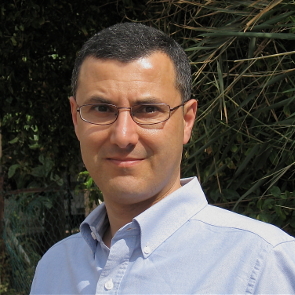 Omar Barghouti is a Palestinian human rights defender and co-founder of Boycott, Divestment and Sanctions (BDS), an international movement founded in 2005, which has pioneered a non-violent mobilisation against Israel's occupation of Palestine through exerting social, economic and political pressure on the State. BDS seeks to hold Israel accountable for human rights abuses and other violations of international law, defends the “right of return” of Palestinian refugees to family properties lost in the 1948 war and engages in advocacy and nonviolent campaigning for Palestinian rights. The movement has repeatedly criticised Israel for attempting to silence Palestinian human rights defenders.

Omar Barghouti has been living in Acre, Israel with his family since 1994, when he was granted  permanent residency. His Israeli travel document allows him to travel back and forth to Palestine to carry out his advocacy work related to the promotion of Palestinian rights. The permit must be renewed every two years, and was renewed regularly without any difficulty.

On 10 May 2016, Omar Barghouti received official confirmation that renewal of his travel document and re-entry permit had been refused by Israeli authorities. In April 2016, he was informed by Israel's Interior Ministry, who has responsibility for immigration, that his resident status was under review by the Attorney General. Officials have stated that the revocation of his resident permit is related to his work and international travel advocating “for the boycott of Israel”. Without travel document, Omar Barghouti will be unable to freely travel to and from Palestine; should the resident permit also be withdrawn, he will be unable to reside in Israel, where he has been living with his family for 22 years.

Prior to this incident, Omar Barghouti was prevented by Israeli authorities from travelling abroad on several occasions including to two conferences held by BDS in California, on nonviolent and strategic action against human rights violations.

I express strong concern about the refusal to renew the travel document of human rights defender Omar Barghouti, the possible revocation of his permanent resident status and the repeated acts of intimidation against him, which I believe to be directly motivated by his peaceful and legitimate human rights activities.

I urge the authorities in Israel to:

1. Renew the travel document of human rights defender Omar Barghouti and ensure that his permanent residence status is not withdrawn;

2. Guarantee in all circumstances that all human rights defenders in Israel are able to carry out their legitimate human rights activities without fear of reprisals and free of all restrictions.