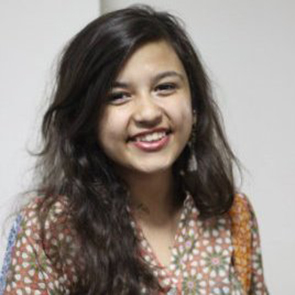 On 20 June 2017, human rights defenders Noor Ejaz Chaudhry, Usama Malik and Shabir Hussain were abused and beaten by a large group of lawyers in the courtroom of the Lahore High Court. The three lawyers are part of the defence team led by renowned human rights defender Asma Jahangir in a disappearance case in which a senior lawyer is accused.

Noor Ejaz Chaudhry, Usama Malik and Shabir Hussain are human rights lawyers. Noor Ejaz Chaudhry is currently a legal associate at AGHS Legal Aid Cell in Lahore, an organisation working to defend the rights of women, children and minorities in Pakistan founded by Asma Jahangir. She has worked as a teacher's assistant for the International Protection of Human Rights course in University College Lahore and was an editor for the University’s Human Rights Review. Usama Malik is a junior associate of human rights defender Asma Jahangir, working with the AGHS Legal Aid Cell. Shabir Hussain is a senior lawyer. They are all part of the legal team of Asma Jahangir.

On 20 June 2017, in Lahore High Court, a group of about 70 lawyers verbally and physically abused Noor Ejaz Chaudhry, Usama Malik and Shabir Hussain and tried to prevent them from representing their client, a woman whose daughter Ayesha and grandchild disappeared on 30 November 2016. The accused in the case is a senior lawyer and member of the Pakistan Bar Council called Maqsood Butter, who was married to Ayesha. According to the victim’s family, Maqsood Butter was a violent husband and had already threatened them. The investigation into Ayesha and her child’s disappearance is at a stalemate since her family filed a complaint seven months ago.

The group of lawyers, who gathered at the courtroom to support Maqsood Butter, also beat the the complainant and her young brother in the courtroom, all in presence of the Judge Abdul Sammi Khan. They shouted insulting slogans against Asma Jahangir, her defence team and the complainant, and threatened to attack them again outside the courtroom. The three human rights lawyers and the victim’s family were then escorted outside the court premises under police protection.

I condemn the attack and acts of intimidation against human rights defenders Noor Ejaz Chaudhry, Usama Malik and Shabir Hussain, which I believe is solely motivated by their peaceful and legitimate work in defence of human rights in Pakistan.

1. Carry out an immediate, thorough and impartial investigation into the threats and the assault against Noor Ejaz Chaudhry, Usama Malik and Shabir Hussain, with a view to publishing the results and bringing those responsible to justice in accordance with international standards;

2. Ensure that human rights lawyers are able to perform their professional functions without intimidation, hindrance, harassment, or improper interference, as guaranteed by the UN Basic Principles on the Role of Lawyers;