Status: Charges to be dropped 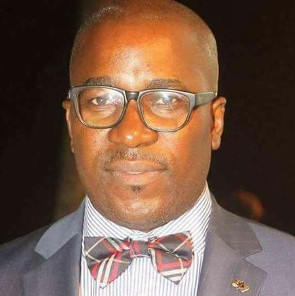 President of the Republic,

Presidency of the Republic,

The next hearing in Barrister Nkongho Felix Agbor-Balla’s case is set for 23 March 2017. Since his arrest on 17 January 2017 in Buea, he has been detained in a military detention centre and charged on eight counts in a military court in line with the 2014 anti-terrorism law.

Nkongho Felix Agbor-Balla is a human rights lawyer, the African Bar Association (AFBA) Vice President for Central Africa, Fako Lawyers Association (FAKLA) President, and he is the President of the now-banned Cameroon Anglophone Civil Society Consortium (CACSC). He is also the founder and current Executive Director of the Centre for Human Rights and Democracy in Africa (CHRDA). Nkongho Felix Agbor-Balla has consistently worked for the rights of citizens of the Anglophone regions in Cameroon, and was actively involved in organising non-violent civil disobedience to protest conditions in schools and to demand the release of imprisoned students and teachers in late 2016 and early 2017.

On 5 December 2016, Nkongho Felix Agbor-Balla formed CACSC in order to address the human rights issues raised in ongoing protests in the Anglophone regions of Cameroon. Primarily, CACSC was founded to do research  and to propose policy alternatives  to improve human rights conditions in the Anglophone regions. On 27 December 2016,  Nkongho Felix Agbor-Balla participated in a group dialogue with government officials to discuss the protests, and to request the release of students who had been arrested and detained during them. As no concrete changes were implemented following the meeting, CACSC called for a peaceful strike, where people were asked to stay at home, to refrain from protesting in the street, and to refrain from purchasing anything on 9 January 2017. They called the strike, “Operation Ghost Town”.

On 12-13 January 2017, the civil society delegation that had previously met with government officials held further discussions with them, specifically on the reasons behind the teachers strike that started in November 2016. On 17 January 2017, CACSC published a press release affirming their commitment to peaceful action and called on citizens of West Cameroon to exert self-discipline, and remain committed to non-violence in their protest actions. On that same day, the Minister of Territorial Administration and Decentralization, Rene Emmanuel Sadi, issued a decree banning the Southern Cameroon National Council (SCNC) and the CACSC. Following this,  Nkongho Felix Agbor-Balla and Fontem A. Neba, Secretary General of CACSC, were arrested in Buea.

It is reported that Nkongho Felix Agbor-Balla was taken to Yaoundé shortly after his arrest and charged in a military court on eight counts, some of which carry a death penalty sentence. He is being tried under the 2014 anti-terrorism law that allows for Cameroonian citizens to be charged in military courts and to face the death penalty for acts of terrorism. The law, which was ratified by President Paul Biya in early 2015, includes vague definitions of “terrorism” including disturbing the normal functioning of the public services, the provision of essential services to the population, or creating a situation of crisis within the population.  He is currently detained in a military detention centre in Yaoundé, and is in a cell with several members of Boko Haram.

I condemn the ongoing case against Nkongho Felix Agbor-Balla, and believe that the charges brought against him are solely motivated by his peaceful work in the defence of human rights in Western Cameroon.

I urge the authorities in Cameroon to:

1. Ensure that the treatment of Nkongho Felix Agbor Balla while in detention, adheres to the conditions set out in the ‘Body of Principles for the Protection of All Persons under Any Form of Detention or Imprisonment', adopted by UN General Assembly resolution 43/173 of 9 December 1988;

2. Immediately and unconditionally release Nkongho Felix Agbor Balla and drop all charges against him, as I believe that he is being held solely as a result of his legitimate and peaceful work in the defence of human rights;

3. Cease charging human rights defenders in connection to their peaceful work with arbitrary charges, in particular those related to terrorism, and from trying them in military courts;

4. Guarantee in all circumstances that all human rights defenders in Cameroon are able to carry out their legitimate human rights activities without fear of reprisals and free of all restrictions