About Nasser AminPlease send this letter and stand with Nasser Amin.Case History 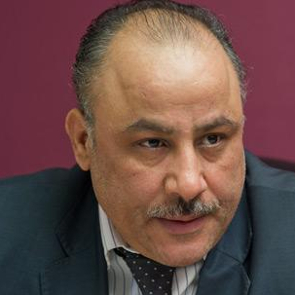 Nasser Amin is an Egyptian human rights defender and director of the Arab Centre for the Independence of the Judiciary and the Legal Profession in Egypt and a member of the National Council for Human Rights. He advocates for legal reform in the judicial system, including ensuring that the right to a fair trial is upheld. Reda el-Danbouki is an Egyptian lawyer and human rights defender, as well as the executive director of the Centre for Women's Legal Counselling. He advocates for the rights of women and children, including campaigning against the practice of female genital mutilation in Egypt.

On the evening of 14 July 2016, security officers at Cairo International airport prevented Nasser Amin from travelling to Beirut for a conference, following an order by the Public Prosecutor. No reason or any additional information were provided as the basis for the ban, however it is believed to be related to the ongoing foreign funding case, see below for more information.

In a separate instance, in the early morning of 15 July 2016, Reda El Danbouki was prevented from travelling from Borg El Arab Airport in Alexandria to Uganda to carry-out his human rights work. Airport security officers questioned him for three hours about the reason for his travel and then advised him that a travel ban had been imposed against him. In the previous months, Reda was subject to two other travel bans.

Travel bans have been ordered by the Egyptian judiciary, among other authorities, against staff members of human rights organisations in the framework of the ongoing foreign funding case which resumed in March 2016. It is also known as Case No.173, involving forty-one Egyptian organisations which are being investigated, with some of their leaders and staff members being summoned on charges including “receipt of illegal foreign funding” and “working without legal permission”. Between February and June 2016, an investigating judge in this case ordered travel bans against human rights lawyer Mr Gamal Eid, journalist and former director of the Egyptian Initiative for Personal Rights Mr Hossam Bahgat, and director of the Cairo Institute for Human Rights Studies Mr Mohamed Zarea. Travel bans were also imposed in January 2015 against digital media specialist and human rights defender Ms Esraa Abdel Fattah, human rights defender and lawyer Ms Hoda Abdelwahab, and human rights defenders Messrs Hossameldin Ali, Ahmed Ghonim and Bassem Samir of the Egyptian Democratic Academy. The executive director of Nazra for Feminist Studies Ms Mozn Hassan was banned from travelling to Beirut when she was invited as a Regional Expert to participate in the Executive Committee meeting for the Women Human Rights Defenders Regional Coalition.

Egyptian authorities are increasing their pressure on human rights defenders and journalists using various measures including travel bans, the freezing of bank accounts, and arbitrary detention. I am concerned by the travel bans imposed on Nasser Amin and Reda El Danbouki, as I believe that they are being restricted solely as a result of their legitimate and peaceful work in the defence of human rights.

1. Immediately and unconditionally remove the travel bans imposed against Nasser Amin and Reda El Danbouki and all other human rights defenders facing travel restrictions in Egypt;