About RalevaPlease send this letter and stand with Raleva.Case History 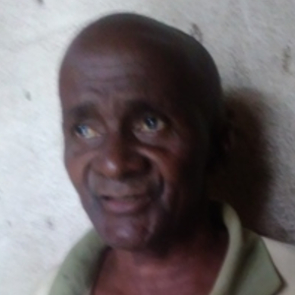 Mr. Raleva is a human rights defender and member of the regional branch of Observatoire Indépendant des Droits Economiques Sociaux et Culturels à Madagascar – OIDESCM (Independent Observatory for Economic, Social and Cultural Rights in Madagascar) in Mananjary, Madagascar. OIDESCM was created to respond to the need in communities for information, communication and education on human rights violations associated with foreign investment and mining projects in Madagascar. OIDESCM is coordinated by Centre de Recherche et d’Appui pour les Alternatives de Développement – Océan Indien – CRAAD-OI (Centre for Research and Support for Alternatives to Development – Indian Ocean), an independent Pan-African organisation which promotes alternatives to development based on human rights and the principles of equality and social, economic and ecological justice.

On 3 October 2017, Mr. Raleva was transferred from police custody to a prison in Mananjary where he will remain while awaiting trial. He has been charged with impersonating the Head of the District. The human rights defender was arrested on 27 September 2017 due to his advocacy for communities affected by gold mining by a Chinese company in Mananjary district. In early 2017, the Head of the District ordered the end of gold mining activities in Mananjary district following a campaign by OIDESCM. The campaign criticised the gold mining process including the use of mercury which put communities at risk. Gold mining activities by the Chinese company restarted in Marokarima, a rural community in the district, and this was announced by local authorities at a public meeting on 27 September 2017. When the local authorities did not show any legal authorisation or permit for the mining to start again in the region, Mr. Raleva demanded that the authorities produce the authorisation, following which he was arrested.

I express serious concern at the arrest and detention of Mr. Raleva as I believe this is solely linked to his legitimate and peaceful work in the defence of human rights in Madagascar.

I urge the authorities in Madagascar to:

1. Immediately and unconditionally release Mr. Raleva and drop all charges against him, as I believe that he is being held solely as a result of his legitimate and peaceful work in the defence of human rights;

2. Ensure that the treatment of Mr. Raleva while in detention adheres to the conditions set out in the ‘Body of Principles for the Protection of All Persons under Any Form of Detention or Imprisonment', adopted by UN General Assembly resolution 43/173 of 9 December 1988;

3. Cease targeting all human rights defenders in Madagascar and guarantee in all circumstances that they are able to carry out their legitimate human rights activities without fear of reprisals and free of all restrictions including judicial harassment.