About Aya HegazyPlease send this letter and stand with Aya Hegazy.Case History 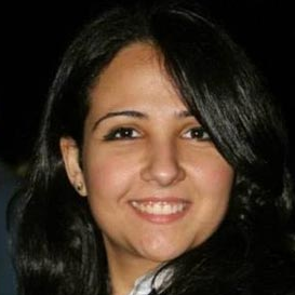 On 17 February 2016, the fifth trial session scheduled to take place for child rights defenders Ms Aya Hegazy, Mr Mohammed Hassanein, and five others in the case against the Belady Foundation for Street Children was postponed. The human rights defenders will now continue to be held in pre-trial detention. They have been detained for 22 months on multiple fabricated charges.

Aya Hegazy is a children's rights defender who decided to return to Egypt after the 25 January Revolution to engage in social development and children's rights. In February 2014, along with Mohammed Hassanein, she launched the Belady Foundation for Street Children. The foundation aimed to address the plight of street children in Egypt who did not have the opportunity to attend school, and provide them with reading, writing and art classes, recycling workshops, and other activities. Advocacy campaigns for child rights were also developed by the foundation, along with several other initiatives to improve the lives of street children.

On 17 February 2016, the fifth trial session in the case against Aya Hegazy and Mohammed Hassanein, and five others, was postponed to 23 March 2016, after a court-appointed technician was unable to turn on a laptop that contained evidence connected to their trial . On 23 March 2016, a technical committee from the Egyptian Radio and Television Union will be assigned by the court to examine the case and the Foundation's computers. It will then be invited to submit its report in a subsequent hearing scheduled for 20 April 2016.

Four previous trial sessions in the case against the human rights defenders have been postponed on procedural grounds, beginning on 14 March 2015. As a result, Aya Hegazy and Mohammed Hassanein, along with others accused in the case, have to date been held in extended pre-trial detention for 22 months. Seven primary criminal charges have been brought against them, including establishing and operating a criminal group with the purpose of human trafficking; sexually assaulting children using force, violence, threats, kidnapping, fraud and deception; sexually exploiting children in the filming of pornographic materials; participating in demonstrations; collecting donations; detaining children in a private location; physically torturing children; and assaulting children to compel them to take part in lewd conduct and sex.

The forensic report on children inspected in connection with the case negated most of the charges brought against the child rights defenders. No signs of violence or torture were reported to be found and no evidence has been provided by the prosecution to prove these charges. Despite this, national media, backed by the Interior Ministry, have depicted the Foundation as a thug group working on the recruitment of children to partake in demonstrations against the army and police, using fabricated interviews and interrogations for this purpose, in which children confirm their participation in demonstrations incited by the Foundation.

Aya Hegazy and Mohammed Hassanein were first referred to the Abdeen Court on 8 September 2014, although the Central Cairo Plenary Prosecution began interrogations into the case on 3 May 2014. On 1 May 2014, the human rights defenders were arrested during a raid on the premises of Belady Foundation by Abdeen police. The raid was conducted without a warrant, following a complaint by a man who reported his missing son as having been held in the Foundation's office, located on Mohammed Mahmoud Street in Downtown Cairo, for more than 15 days. The man had previously come to the mentioned location to look for his son with a large group, to no avail, and threatened the Foundation's members with revenge. One hour after they left the office the complainant returned along with police to search the premises and arrest Aya Hegazy, Mohammed Hassanein, and others present at the office. Computers and documents were confiscated during the raid, and the house of Aya Hegazy and Mohammed Hassanein was also raided a few days following the office raid. Their house was sealed and personal belongings and identification documents were seized.

Since December 2013, attempts to register the Belady Foundation as a civic association with the Ministry of Social Solidarity have failed. An official letter from the Ministry of Social Solidarity stated that this registration depends on the outcome of the current case, however, no reasons have been provided to explain the prior failure of attempts to register the Foundation.

I am gravely concerned by the continually extended arbitrary pre-trial detention of Aya Hegazy and Mohammed Hassanein, as it believes this to be solely related to their legitimate and peaceful activities promoting and protecting children rights in Egypt. Further concern is expressed for the continued suppression of volunteer action and the quashing of youth and civil society initiatives in Egypt.

Immediately and unconditionally release Aya Hegazy, Mohammed Hassanein and all defendants in pre-trial detention in the case of the Belady Foundation, and drop all charges against them;

Guarantee in all circumstances that all human rights defenders in Egypt are able to carry out their legitimate human rights activities without fear of reprisals and free of all restrictions.