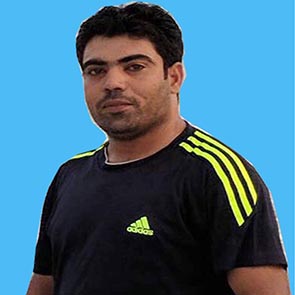 On 28 October 2017, human rights defender Mohammad Nawaz Atta was abducted during a raid on his house in Karachi, Sindh province, and taken away in a ranger vehicle. As of 01 November 2017 his whereabouts remain unknown.

Mohammad Nawaz Atta is a human rights defender and the Information Secretary of Baloch Human Rights Organisation (BHRO), an organisation monitoring and denouncing human rights violations occurring in Balochistan. BHRO provide independent information on human rights abuses in Balochistan, an area with notoriously little media coverage. He has advocated against the systematic use of enforced disappearances by Pakistani security forces as a strategy to silence independent voices.

According to BHRO, on 28 October 2017, at around 2 am, a group of men raided Mohammad Nawaz Atta’s house in Gulistan-e-Johar, Karachi and took him away in a ranger vehicle. The abductors, comprising both men in plainclothes and others dressed in ranger uniforms, also took eight students during raids on houses in Gulshan-e-Hadeed and Kohi Goth in Karachi. All eight are relatives of the human rights defender. Pakistan Rangers are a Pakistani paramilitary organisation primarily charged with defending its border with India, they also provide backup and support to police in maintenance of internal public law and order.

In Pakistan, enforced disappearances are used systematically by security forces to target human rights defenders, journalists, and students, especially in Balochistan and Sindh provinces. In January 2017, five human rights defenders were abducted in just over a week. On 4 January 2017, Waqas Goraya and Asim Saeed were reported missing from Wapda Town, Lahore. On 6 January 2017, Salman Haider disappeared from Islamabad. On 7 January 2017, Samar Abbas was travelling from Karachi to Islamabad for business when his family lost all contact with him, and that same day, Ahmed Raza Naseer was taken from his family’s shop in Punjab province by unidentified men. While four out of five of these human rights defenders were released after a few weeks, Samar Abbas’ whereabouts remain unknown. On 3 August 2017, Punhal Sario was abducted by between 10 and 15 uniformed men in Hyderabad, Sindh province, and held incommunicado for two and a half months.

I express grave concern at the enforced disappearance of human rights defender Mohammad Nawaz Atta, which I believe is solely motivated by his peaceful and legitimate work for human rights in Balochistan province.

1. Take all necessary measures to ensure the immediate and unconditional release of Mohammad Nawaz Atta and guarantee his physical and psychological security and integrity, as well as that of his family;

2. Carry out an immediate, thorough and impartial investigation into the disappearance of human rights defender Mohammad Nawaz Atta, with a view to ensuring his protection and release, publishing the results and bringing those responsible to justice in accordance with international standards;

3. Take all necessary measures to guarantee the physical and psychological integrity and security of the members of Baloch Human Rights Organisation.