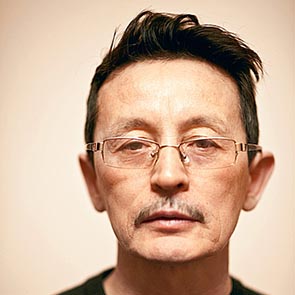 On 29 October 2017, around 8:30 am, human rights defender Marat Zhanuzakov was physically attacked in Kokshetau, Kazakhstan.

Marat Zhanuzakov is a member of the “Coalition for Protection of Human Rights Defenders, Activists”. He is also a member of the organising committee of the "Freedom" award, an award for people who contributed to the development of democracy and civil society in Kazakhstan. Marat Zhanuzakov has been harassed by the authorities, fined and had his office raided for his vocal stance campaigning against corruption, advocating for civil and political rights, taking part in rallies and pickets, and as a result of his other work in human rights. Marat Zhanuzakov is an active trial observer and closely monitors cases involving human rights defenders who are prosecuted for political motives.

On 29 October 2017, Marat Zhanuzakov was attacked in Kokshetau, Kazakhstan, while walking to work. At about 8:30 am he was knocked unconscious by an unknown man in an alleyway. When he awoke the attacker had left the scene but had not taken any of the human rights defender’s possessions. After informing his relatives, the human rights defender filed a statement at a local police station and with the Department of the Ministry of Internal Affairs in Kokshetau city. A criminal case was opened and an investigation was ordered under “hooliganism” charges. The colleagues of the human rights defender strongly believe that this attack may have been linked to recent publications in local press and his vocal position in criticising corruption.

I condemn the physical attack against Marat Zhanuzakov, which I believe is directly related to his work in defense of human rights.

I urge the authorities in Kazakhstan to:

1. Carry out an immediate, thorough and impartial investigation into the attack of Marat Zhanuzakov, with a view to publishing the results and bringing those responsible to justice in accordance with international standards;

2. Take all necessary measures to guarantee the physical and psychological integrity and security of Marat Zhanuzakov;

3. Guarantee in all circumstances that all human rights defenders in Kazakhstan are able to carry out their legitimate human rights activities without fear of reprisals and free of all restrictions.