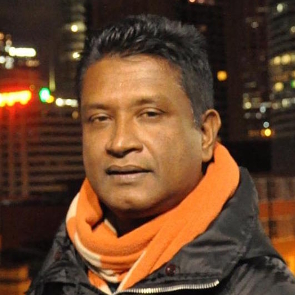 Ministry of Justice and Law Reform

On 17 June 2017, Sri Lankan Minister of Justice, Wijeyadasa Rajapakshe, threatened to take legal action against human rights lawyer, Lakshan Dias, and disbar him if he did not apologise for making “misleading” comments regarding attacks on Christian places of worship during a talk show. On 14 June 2017, Lakshan Dias mentioned on Derana TV – one of the most popular channels in Sri Lanka – that Muslim and Christian places of worship were under attack and quoted a report which stated that 195 attacks against Christians had been reported since Maithripala Sirisena was sworn in as President on 8 January 2015.

Lakshan Dias is a human rights lawyer who has provided legal representation in a number of high-profile cases involving deportation and immigration, religious violence and discrimination, the Prevention of Terrorism Act, and allegations of torture. He is a member of the Bar Association of Sri Lanka and many local and regional human rights groups. A long standing campaigner for the rights of religious minorities, Lakshan Dias is also an advocate for judicial independence and has accompanied and provided protection to human rights defenders and journalists at risk.

On 17 June 2017, a statement by Minister of Justice, Wijeyadasa Rajapakshe, also the Minister of Buddhist Affairs, was broadcast on ITN, in which he threatened to initiate legal action to prevent Lakshan Dias from practicing law unless he apologised to the nation within 24 hours. This act of intimidation followed declarations made by the human rights lawyer on 14 June 2017 in a TV show called “Aluth Parlimenthuwa” (New Parliament), during which he stated that 195 incidents of attacks and other forms of harassment against Christian places of worship had taken place since the Sirisena administration took office in January 2015. His comments were based on a report by the National Christian Evangelical Alliance of Sri Lanka (NCEASL) which documented violations against the Christian community in Sri Lanka. Lakshan Dias also reported attacks on Muslim places of worship. His participation in the talk was met with a reaction by President Maithripala Sirisena, who stated on 16 June 2017 that he had called Cardinal Malcolm Ranjith of the Roman Catholic Church to verify Lakshan Dias’ claims and that the Cardinal denied that such attacks had taken place.

I condemn this act of intimidation against human rights defender, Lakshan Dias, which I believe is solely motivated by his peaceful and legitimate work for human rights in Sri Lanka.

I urge the authorities in Sri Lanka to:

2. Take measures to ensure that government officials or other public figures refrain from making statements or declaration stigmatising the legitimate work of human rights defenders;

3. Cease targeting all human rights defenders in Sri Lanka and guarantee in all circumstances that they are able to carry out their legitimate human rights activities without fear of reprisals and free of all restrictions including judicial harassment.