Take Action for HRDs in Turkey 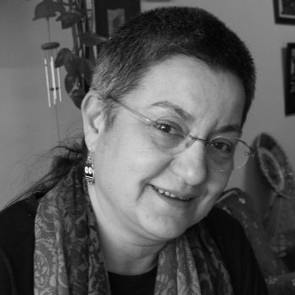 On 20 June 2016, human rights defenders Ms Sebnem Korur Fincanci, Mr Ahmet Nesin and Mr Erol Önderoğlu were placed in detention by decision of the 1st High Court of Peace in Istanbul, pending an investigation into their alleged involvement in the propaganda of terrorism. Erol Önderoğlu and Ahmet Nesin are being held in Metris prison and Sebnem Korur Fincanci in Bakirkoy prison, Istanbul.

Sebnem Korur Fincanci is a human rights defender and the President of the Human Rights Foundation of Turkey since 2009. The Foundation is involved in the documentation of cases of torture, rehabilitation of vicitms and the provision of legal assistance to them. Sebnem Korur Fincanci is also one of the founding members of the Forensic Doctors’ Association and has played a major role in the development of the United Nations reference standards on the investigation and documentation of cases of torture, the Istanbul Protocol. In 2014 Sebnem Korur Fincanci was presented the International Hrant Dink Award for her human rights work. Erol Önderoğlu is a correspondent for Reporters Without Borders in Turkey and the Editor of Bianet, a Turkish website that covers political, social and cultural affairs with special attention paid to fundamental rights and freedoms. Bianet publishes a press freedom report every quarter. Ahmet Nesin is a journalist, blogger and human rights defender advocating for the freedom of press.

Since the recommencement of the conflict between the Kurdish population of the country and the Turkish government in July 2015, pressure on media outlets in Turkey - especially those reporting on the conflict itself - has increased significantly. Özgür Gündem, one of the most renowned newspapers devoted to Kurdish issues, has also been targeted by the government. In March 2016, an investigation was opened against the newspaper into its alleged involvement in the propaganda of terrorism. On 3 May 2016, World Press Day, Özgür Gündem began the 'Guest Editor in Chief Campaign' aimed at demonstrating solidarity with the newspaper which had been persecuted by the Turkish government in its attempt to suppress freedom of speech. To date, the campaign has attracted forty-four journalists and human rights defenders, who take turns serving as the Editor in Chief of Özgür Gündem for a period of one day. Sebnem Korur Fincanci, Ahmet Nesin and Erol Önderoğlu have taken part in this campaign. The Office of the Prosecutor has initiated investigations into the alleged propaganda of terrorism in respect of thirty seven of those participating in the campaign.

I condemn the detention of, and investigation opened against, human rights defenders Sebnem Korur Fincanci, Ahmet Nesin and Erol Önderoğlu, which I believe to be directly linked to their legitimate and peaceful work in the defence of human rights in Turkey.

1. Immediately and unconditionally release Sebnem Korur Fincanci, Ahmet Nesin and Erol Önderoğlu, and close the investigation against them, as Front Line Defenders believes that they are being held solely as a result of their legitimate and peaceful work in the defence of human rights;
2. Immediately cease all persecution, harassment and intimidatory acts targeting the participants of the peaceful campaign organised in support of the Özgür Gündem newspaper;
3. Guarantee in all circumstances that all human rights defenders in Turkey are able to carry out their legitimate human rights activities without fear of reprisals and free of all restrictions.