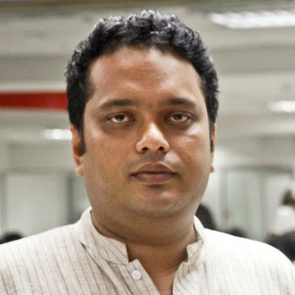 On 13 June 2017, Manikganj Judge, Mahbubur Rahman, filed a case under section 57 of the Information and Communication Technology (ICT) Act against human rights defender, Golam Mujtaba Dhruba, for an article he published on 11 June 2017. The article reported on an argument which took place between court employees and a local family after a truck, rented by Judge Mahbubur in order to move his belongings, obstructed the road and prevented the family from driving their sick child to hospital. In his case report, Senior Assistant Judge, Mahbubur Rahman, claimed that the journalist had manipulated the facts and threatened him over the phone.

On 11 June 2017, Golam Mujtaba Dhruba reported on an incident which occurred in Manikganj town where a heated altercation took place between the family of a sick child and court employees who refused to move a truck – rented by local Judge Mahbubur Rahman – that was blocking the road. On 13 June 2017, two days after Golam Mujtaba Dhruba’s report was published on bdnews24, Senior Assistant Judge, Mohammad Mahbubur Rahman, filed a case against the journalist under section 57 of the ICT Act with the police in Manikganj Sadar, near Dhaka. According to the Judge, Golam Mujtaba Dhruba had distorted the facts in his story. However, journalists gathered in support of their colleague said that the report was prepared and published in accordance with established journalistic rules and ethics.

Under section 57 of the ICT Act, an individual can face up to 14 years in jail for “publishing fake, obscene or defaming information in electronic form” or information that “prejudices the image of the state or person.” Journalists and civil society in Bangladesh have repeatedly called for section 57 of the Act to be repealed, as it is often used as a way to stifle dissenting voices and restrict freedom of expression and information.

I condemn the case filed against human rights defender, Golam Mujtaba Dhruba, which I believe is solely motivated by his peaceful and legitimate work for human rights in Bangladesh.

2. Guarantee in all circumstances that all human rights defenders in Bangladesh are able to carry out their legitimate human rights activities without fear of reprisals and free of all restrictions, including judicial harassment.