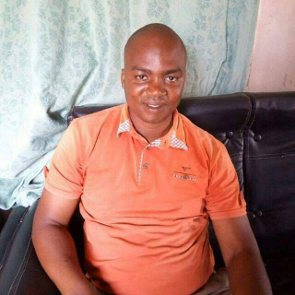 On 22 February 2018, human rights defender Godfrey Luena was attacked and killed by unknown assailants outside his home in Morogoro region, Tanzania.

Godfrey Luena was a land rights defender in Namwawala village in the Kilombero District of Morogoro region. He worked as a human rights monitor for the Legal and Human Rights Centre and as a monitor against the illegal appropriation of land in his community. The human rights defender had been subjected to multiple arrests, judicial harassment and intimidation due to his work defending land rights and he later continued this work as Namwawala Ward Councillor.

At approximately 9pm on 22 February 2018, unknown assailants cut off the electricity to Godfrey Luena’s home causing the human rights defender to go outside to see what had happened. He was then attacked with machetes and killed by the assailants.

I strongly condemn the killing of Godfrey Luena as I believe he was targeted for his legitimate work in the defence of human rights in Tanzania.

I urge the authorities in Tanzania to:

1. Strongly and immediately condemn the killing of Godfrey Luena;

2. Carry out an immediate, thorough and impartial investigation into the killing of Godfrey Luena, with a view to publishing the results and bringing those responsible to justice in accordance with international standards;

3. Guarantee in all circumstances that human rights defenders in Tanzania are able to carry out their legitimate human rights activities without fear of reprisals and free of all restrictions.