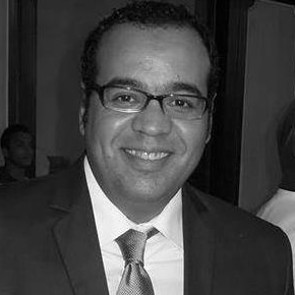 Ahmed Ragheb is an Egyptian lawyer and founder of the National Community for Human Rights and Law (NCHRL) an organisation that works to defend human rights surrounding popular movements in Egypt that are promoting human rights and social justice. In July 2012, the human rights lawyer was appointed by former Egyptian President Mohamed Morsi as a member of a fact-finding mission to investigate deaths following protests in Egypt that began on 25 January 2011. El Nadeem Centre for  Rehabilitation of Victims of Violence and Torture is an independent Egyptian non-governmental organisation founded in 1993. El Nadeem Centre provides social support and medical care for victims of torture, and is the only centre in Egypt which provides specialized psychological support to survivors of violence in detention centres. The organisation carries out advocacy and issues monthly summary reports on instances of torture, medical negligence and death in police custody in Egypt. El Nadeem Centre also runs a program addressing violence against women, which provides counselling along with maintaining two 24-hour hot-lines.

I condemn the criminalization of civil society in Egypt, including through the imposition of travel bans, the blocking of human rights organisations’ bank accounts and the freezing of their assets. I call for an immediate end to the persecution of human rights defenders, reiterating their essential role in the development of a just and equal society, and am also deeply concerned by the new restrictive draft NGO law currently being discussed in Parliament.

1. Immediately and unconditionally remove the travel ban imposed against Ahmed Raghed and all other human rights defenders facing travel restrictions in Egypt, as I believe that they are being restricted solely as a result of their legitimate and peaceful work in the defence of human rights;