Ecuador: Acción Ecológica fights back against arbitrary order of dissolution

This is the latest attempt to silence the organization, which has been facing death threats, attacks, assassination attempts, defamation, criminalization, attempts of dissolution and others for the past ten years.

On 20 December 2016, the Vice-Minister for Internal Security, Diego Torres Saldaña, requested the Minister of Environment, Walter Garcia Cedeño, to initiate the process to immediately dissolve Acción Ecológica, which for over 30 years has campaigned to protect the environment and the rights of indigenous peoples in Ecuador. This is the second attempt to close down the organisation, with its members having successfully repealed another process initiated in 2009 by the authorities. Acción Ecológica has presented its argument to the Ministry of the Environment and is awaiting their ruling. Acción Ecológica has been summoned to a hearing before the Ministry of the Environment on 11 January 2017.

The current process for dissolution was ordered two days after Acción Ecológica called for the creation of an Environmental Truth Commission to investigate environmental destruction and violations of the rights of indigenous communities in the Cordillera del Condor and other areas affected by mining activities. Vice-Minister Torres Saldaña has falsely accused Acción Ecológica of ‘promoting and committing violence', 'straying from its legally-constituted objectives' and 'posing a threat to national security’. In reality, the organisation has consistently denounced the excessive use of force by the army and police against indigenous Shuar people opposed to the copper development projects Panantza-San Carlos and Mirador located in Shuar territory, as well as the use of the military to attack and control their communities. Both projects are operated by companies controlled by two Chinese state-owned firms: the China Railway Construction Corporation and the Tongling Nonferrous Metals Group Holding Company.

“It's extremely concerning that the government of Ecuador is constantly creating new restrictive laws in relation to freedom of association, freedom of expression and freedom of peaceful demonstration to impede the work of HRDs".

"Decrees such as 16 and 739, in particular, which grant the government the power to order the dissolution of NGOs on ill-defined grounds, have been systematically used against rights groups over the last years," said Oliveira.

On 4 December 2013, under Decree 16, Fundación Pachamama was dissolved. The sanction took effect shortly after its members participated in a demonstration against the concession of oil exploration permits to foreign investors in the Amazon. Fundación Pachamama had advocated for indigenous and environmental rights for over 15 years, and was a highly respected organisation both nationally and internationally.

On 8 September 2015, the Communications Secretariat (SECOM) notified Fundamedios, a foundation that promotes and defends freedom of expression, that the process of dissolution would be initiated. The dissolution was based on an accusation that Fundamedios had engaged in "political activities" for promoting content originating in two journalists' opinion blogs, thus supposedly acting outside its statutory purposes. Due to intense international pressure and advocacy, the procedure was put on hold. However, the website and social media accounts of Fundamedios has been subjected to frequent cyber attacks.

More recently, on 21 July 2016, the Ministry of Education set in motion the process to dissolve the Unión Nacional de Educadores – UNE (National Union of Educators), the largest and oldest union in the educational sector. The UNE has decried the dissolution as a reprisal against the organisation for accessing international human rights mechanisms. The UNE had actively defended the labour rights of education workers since 1950.

Front Line Defenders calls on the government of Ecuador to ensure the free and independent establishment and operation of civil society organisations and not limit their legitimate and peaceful work. Front Line Defenders condemns the use of Executive Decree 739 of 2015 in an attempt to silence Acción Ecológica and joins numerous human rights organisations and independent experts in support for the human rights organization. Members of Acción Ecológica are conducting crucial work to protect the environment and the rights of indigenous peoples and should have the proper space to develop its activities. Front Line Defenders underlines the contradiction between Ecuador's leading role in the United Nations Human Rights Council promoting the adoption of a binding treaty for business and human rights and the systematic persecution of human rights defenders working for accountability of oil extraction and mining companies. Front Line Defenders urges the government of Ecuador to desist from its persecution against Acción Ecológica and to repeal or amend any legislation used to limit the legitimate work of HRDs. 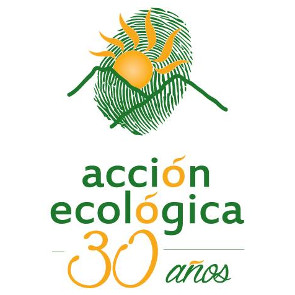