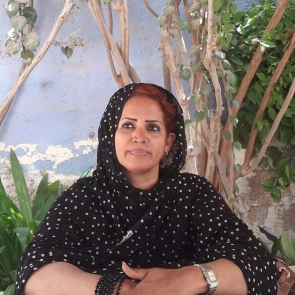 Mekfoula Mint Brahim is a woman human rights defender fighting against religious extremism and discriminatory practices in Mauritania, in particular the discrimination against women and members of the Haratine and sub-Saharan African communities. She is the President of Pour une Mauritanie Verte et Démocratique (For a Green and Democratic Mauritania), a human rights organisation founded in 2009, leading women’s empowerment projects in rural areas. She is also a member of Alliance pour la Refondation de l'Etat Mauritanien (AREM), an organisation promoting good governance and fighting against impunity. Mekfoula was arrested and detained twice in February this year with other HRDs as part of continuing harassment against her for hosting a Pour une Mauritanie Verte et Démocratique and AREM meeting at her home. 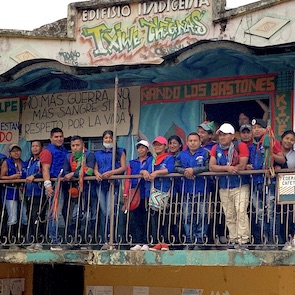 The Indigenous Guard of Cauca - Kiwe Thegnas (Defenders of Life and Territory), member of the organization Asociación de Cabildos Indígenas del Norte del Cauca (ACIN), CRIC branch, is a community life and ancestral resistance composed of women, men, boys and girls who defend their territories in a peaceful, unarmed way. It was created in the violent region of Cauca in southwestern Colombia, and in 2001 began operating as an organised collective. The majority of the indigenous guards belong to the Nasa indigenous group, which is the largest and most organised, and they have trained other communities throughout Colombia over the years to defend their own territories. Their communities have been subjected to multiple forms of violence resulting from the presence of armed actors, the drug trafficking economy and multinational exploitation. Among its many activities, the Guard carries out collective protection actions with its communities, gives talks on awareness raising and peace, tours their territories, gives humanitarian protection for child victims of armed actions, rescues injured people in the context of warfare under the framework of humanitarian action, carries out training on anti-personnel mines (ERM), and organises relief actions for communities that have been massively displaced from their lands. Because of its role, the Indigenous Guard has been subjected to multiple attacks from different actors who seek to break the peaceful resistance of the communities they represent. 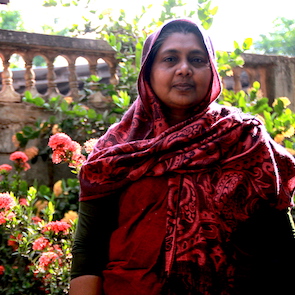 Juwairiya Mohideen is a Muslim woman human rights defender based in Puttalam in the North West of Sri Lanka. She and her family are part of the northern Muslim community that were forcibly displaced by the Liberation Tigers of Tamil Eelam in October 1990. 30 years later, she continues to live in a refugee settlement in Puttalam. Juwairiya started her work with the Rural Development Foundation providing support for the IDP community Over a fifteen-year period, she identified a critical gap in dedicated support for women and girls within the local human rights/humanitarian aid sector. In 2010 she established the Muslim Women’s Development Trust (MWDT), on which she serves as the Executive Director. MWDT provides daily practical support, comfort, advice and legal assistance to women and girls facing abuse, violence and discrimination. Juwairiya is at the front line of calls for reform in Muslim personal laws which deny Muslim women and girls the basic rights enjoyed by their non-Muslim sisters in Sri Lanka. Juwairiya has been undeterred by threats against her and her family, blatant misinformation and attacks on her character and being labelled as a traitor and shunned by parts of her close knit community. 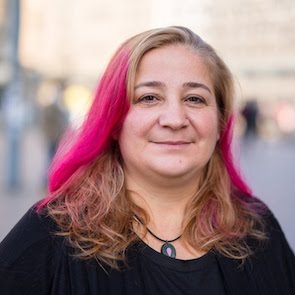 Lara Aharonian is a woman human rights defender working to advance women’s rights in Armenia. She is co-founder of the Women’s Resource Center Armenia, a non-governmental feminist organization based in Yerevan that works to empower women and girls to become active citizens by combatting gender stereotypes and providing psychological and legal support to survivors of gender-based violence in Armenia. Lara Aharonian has extensive experience advocating for women’s rights, gender equality and the inclusion of trans, lesbian and bisexual women, in addition to raising awareness on women’s sexual and reproductive health and rights. She is also a Board member of Human Rights House (Armenia). After giving a speech in defence of marginalized groups, including LGBT women, at the National Assembly of Armenia in March 2018, Lara came under constant attack from far-right groups and individuals. The new government that came to power following the Velvet Revolution in 2018 does not publicly attack HRDs, but Lara and others are increasingly targeted by right-wing and nationalist groups, and the government is failing to ensure protection for HRDs. 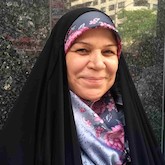 Fatima Al-Bahadly is an Iraqi woman human rights defender from the city of Basra in southern Iraq. She is the founder of Al-Firdaws Society, an organization focused on protecting women and girls affected by war and strengthening their role in peace building. Al-Firdaws provides literacy, education and skills workshops and works to bring an end to violence against women in areas where women are most marginalised, including rural areas. Fatima and her organisation raise awareness among community members about the impact of child marriage and early school leaving on women and girls, calling on religious clerics and tribal leaders to recognise the important role that women play in society. Fatima also works with youth to combat the militarisation of society. She fights against the recruitment of children and youth to militant groups and works on their reintegration into society. Due to this work through the years, Fatima has received of death threats and has faced severe social pressure from her tribe.