"LGBTI+ defenders are key actors in the resistance to increasing restrictions on civil society, continuously challenging governments in innovative and inspirational ways. The courage to work for respect and equality, in the face of brutal repression, is the thread running through our five inspirational regional award winners".
- Andrew Anderson, Executive Director 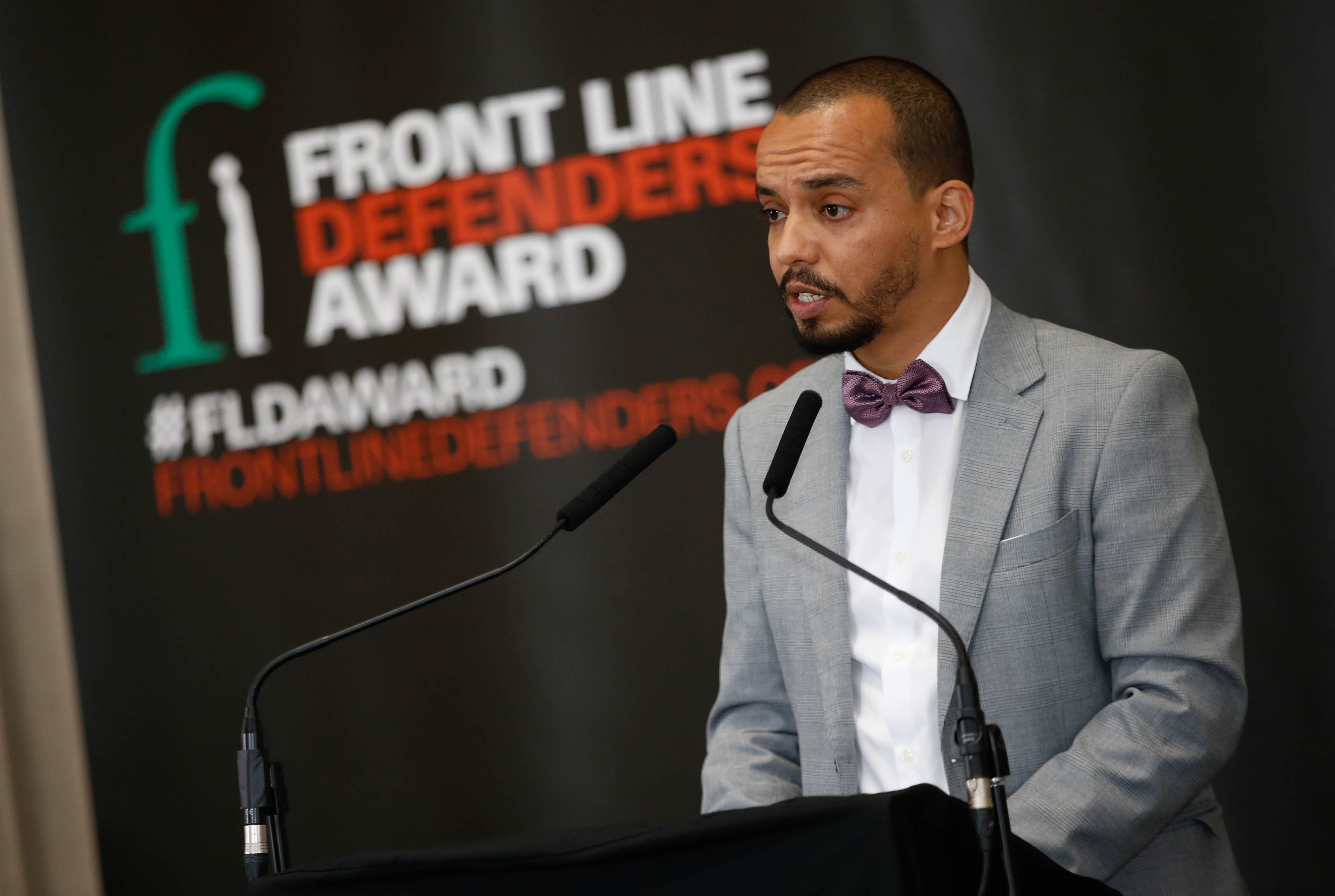 For the first time in the 14 year history of the Front Line Defenders Award for Human Rights Defenders At Risk, the organisation has presented the prize to five at-risk LGBTI+ human rights defenders, all facing severe threats for their peaceful activism.

LGBTI+ defenders from Tunisia, the Dominican Republic, Russia, Indonesia and Malawi were awarded the prize in recognition of their powerful struggles for LGBTI+ rights in their countries, and to demand an end to the violence, intimidation, arrests and harassment they endure while defending their communities.

The Award ceremony was held in Dublin on 17 May, to coincide with the International Day Against Homophobia, Transphobia and Biphobia (IDAHOT). At the ceremony, Ms. Katherine Zappone, Irish Minister for Children and Youth Affairs, presented the Award to Badr Baabou of Tunisia, named the Global Laureate by an Irish jury. 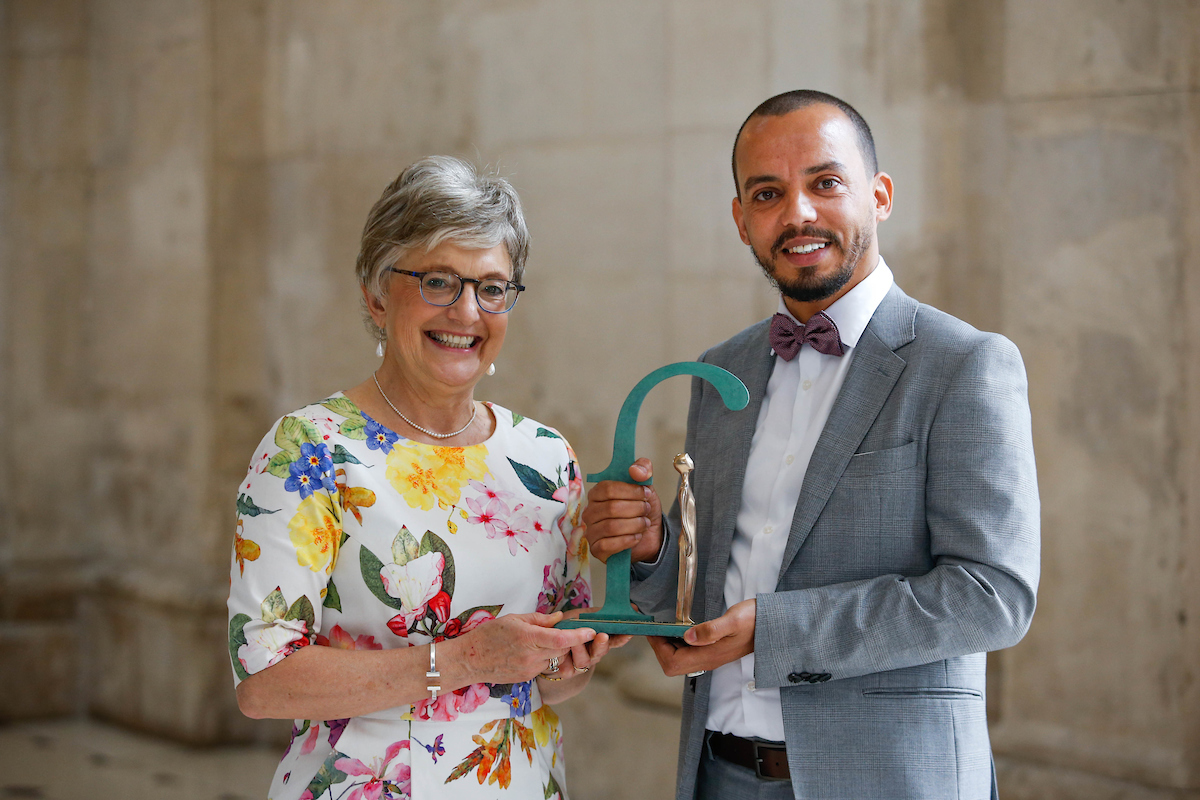 Front Line Defenders dedicated the 2019 Award to visibilizing LGBTI+ activism this year in honour of the 50th anniversary of the seminal Stonewall uprising – led by queer, transgender, and sex worker activists of colour – which helped spark the movement for LGBTI+ rights in the US and expressed solidarity with queer-identifying activists globally. Front Line Defenders Executive Director Andrew Anderson said today that the organisation recognises in particular the work of transgender human rights defenders, “in light of the targeted violence and backlash they face.”

“Today we’re honouring the work of LGBTI+ defenders and the incredible communities of resistance they cultivate every day,” said Andrew Anderson at the Award ceremony. “The work of queer-identifying activists and collectives continues to shape and reshape how we understand personal, political and contested struggles for freedom. There is no human rights fight that has not been strengthened by the intersectional analyses brought to the front lines by queer defenders. We hope this award can be small acknowledgement of the immense, often incomprehensible bravery required to visibilize oneself as both an activist and LGBTI+ person in places that demean and criminalize each of these identities.” 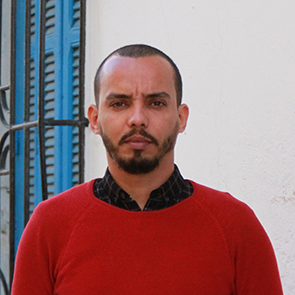 Badr Baabou is co-founder and Chairman of DAMJ (meaning ‘inclusion’), an organisation working for equality and justice for the LGBTI+ community. He is also co-chair of M-Coalition, the first regional network on MSM and HIV-related rights in the MENA region, which advocates for improved access to HIV services in member countries. He previously worked for ATL, a national Tunisian organisation working to reduce rates and transmission of STIs and HIV among MSM communities. For him it is important that people associate his face and his name with the fight against homophobia and transphobia because many people – too many in his opinion – remain anonymous:

“I am no longer afraid. Our sexual orientation is just one aspect that defines us as human beings. Sooner or later, homophobia will become obsolete as a social issue.” 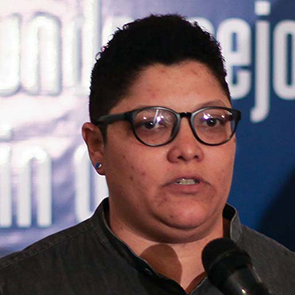 As Executive Director of Diversidad Dominicana, Rosanna Marzán is leading a new wave of LGBTI+ awareness in the Dominican Republic. While pursuing an education in law, Rosanna has proudly represented the LGBTI+ community of the D.R. in a long list of local and international policy meetings. Rosanna, who considers herself a “social educator,” works with fellow activists to raise awareness of the need for SOGIESC inclusion. She has acted as a spokesperson to the LGBTI Caravan of Pride in the D.R., attended assembly at the Organization of American States, and was among activists at the first LGBTI+ themed meeting of the Inter-American Commission on Human Rights. While pushing for the equal rights of all LGBTI+ people in the D.R., and working to visibilize the particular issues faced by lesbian women, Rosanna also works to support migrants, refugees and domestic abuse survivors.

“We will go on fighting, we will not cease. This is about my life, about the lives of those around me, because violence, discrimination and homophobia are nothing more than a deficiency of love towards human beings.” 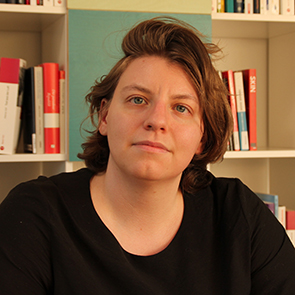 Veronika Lapina is an academic and activist with the Russian LGBT Network. After reports of a crackdown on the LGBTI+ community in Chechnya surfaced, Veronika joined the Network to help find safety and security for targeted members of the community. She risked her life and freedom traveling into Chechnya, at times alone, to bring individuals to safety in Russia. As a direct result of her work, more than 100 gay, lesbian and bisexual people have been evacuated from Chechnya in order to avoid the imminent danger they were facing there. She receives threats in connection to her human rights work and her membership of the LGBTI+ community on a regular basis.

“I remember all the testimonies of the people we have helped, their stories will stay with me forever. It is very hard work, but it’s a struggle that continues and we won’t let it go”. 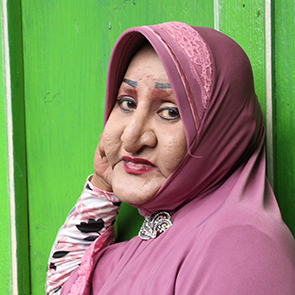 Shinta Ratri is a transgender woman who co-founded Pondok Pesantren Waria al-Fatah, an Islamic boarding school for transgender people. She opened the school in 2008 in Yogyakarta, aiming to serve older transgender women who had been cut off from family and prevented from practicing their faith in most Islamic centres in the country. In 2016, an Islamist political group attacked the school came during a wave of violence against the LGBTI+ community in Indonesia, perpetrated by both political groups and the police. After closing for a short period, Shinta reopened the school and continues to create space in Yogyakarta for trans people to build community, practice their faith and support one another.

“Here we can believe we are not sinners for being trans. I want as many people as possible to get to know about us. I hope the day will come when anyone can pray together at the same place without feeling uncomfortable.” 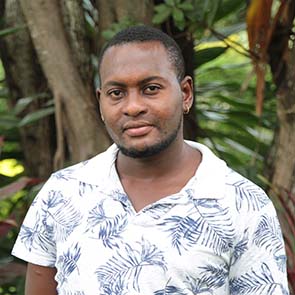 In December 2015, Eric Sambisa became the first person in Malawi to come at as gay on national television. The following year, he and other LGBTI+ community members established the Nyasa Rainbow Alliance in Blantyre, to provide support services and openly advocate for rights of the community. The organisation provides a safe space for the LGBTI+ community to discuss health concerns, receive medical support, practice their faith, network, peer educate and collaboratively develop research projects. In 2018, the organization attempted to officially register, only to have the regular bureaucratic procedure blocked by the Minister of Justice – a decision now being challenged in the country’s High Court on the basis that it is unconstitutional as it violates the provision of freedom of association.