We, the undersigned human rights organisations, call on Iranian authorities to drop the charges against Iranian activist and human rights defender Hossein Ronaghi. We believe the charges arise from peaceful exercise of his human rights, including his criticism of the dire human rights situation in the country and a looming piece of legislation that will further shrink people’s rights if ratified.

Ronaghi was held in detention in circumstances that violated his due process rights, from 23 February until he was released on bail late on 2 March. He was held in detention in Evin Prison for eight days without any official charges brought against him. According to his lawyer, a hearing before the office of the prosecutor on 28 February revealed he had been charged with ‘propaganda against the state’ and ‘gathering and collusion with the intention of disturbing national security’. Ronaghi was previously imprisoned for six years in relation to his peaceful exercise of his human rights.  During his imprisonment, his health deteriorated severely as a result of torture and ill-treatment and the multiple hunger strikes he went on to protest his conditions.

Following his recent arrest, Ronaghi was denied access to his lawyers and denied visits from family members. It was several days before security agents gave his family any information about his disappearance. The authorities also prohibited his lawyers from accessing case files throughout much of his detention, thereby violating his due process rights.

Prior to his arrest, Ronaghi had attended the funeral of dissident poet Baktash Abtin, which turned into an anti-government protest, which authorities clamped down on. Ronaghi’s last tweets prior to his detention also included criticisms of the Iranian parliament’s controversial User Protection Bill, which will severely restrict Internet use in Iran. He had also given interviews and published articles in the international press about the Iranian state’s assault on free speech. According to one of his contacts, he had received threatening telephone calls before his arrest. Despite the charges being unspecified, our organisations believe they are related to his various peaceful activities.

Our collective organisations unequivocally condemn this arrest and the charges. No charges should be brought against anyone for their human rights activism. We are particularly concerned about further detentions because of Ronaghi’s poor physical health, including problems with his lungs, digestive system and kidney. He has previously been informed by doctors that his condition will worsen if held in poor prison conditions without access to medical care.

While serving a previous prison sentence, he suffered kidney failure and was denied proper medical care, which eventually led to him losing a kidney. He continues to need medication on a regular basis.

Additionally, Ronaghi was on hunger strike throughout much of his recent detention, starting on 23 February.

Hossein Ronaghi, a blogger and human rights defender, was previously arrested in December 2009 for his role in renewing proxies that allowed journalists and political activists to circumvent the government’s website bans following the 2009 post-presidential election protests in Iran. In October 2010, following a grossly unfair trial, he was sentenced to 15 years in prison by Branch 26 of the Revolutionary Court on the charges of ‘membership to the Iran Proxy Network with the intention of disrupting national security,’ ‘insulting the Supreme Leader and the president,’ and ‘spreading lies’ through his critical blog posts. He was imprisoned for six years before he was finally released in 2019.

Our organisations demand Ronaghi’s recent release on bail to become an unconditional release, with the charges dropped. We call on the Iranian authorities to end its persecution of human rights defenders and peaceful dissidents in Iran. 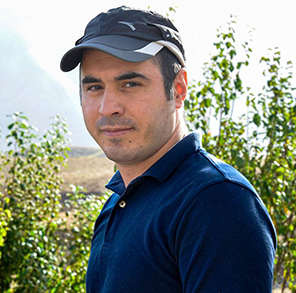