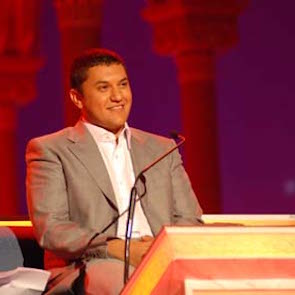 On 14 January 2016, Egyptian security at Cairo International Airport banned human rights defender Mr Omar Hazek from travelling to Amsterdam, Netherlands, to receive an award on freedom of expression from the Dutch chapter of PEN International.

At approximately 07:15 am, the human rights defender was stopped by the on-duty police officer at passport control in Cairo International Airport, and informed that he is banned from travel for security reasons. His passport was then seized by security officers, along with his mobile phone and camera, and he was interrogated as to the purpose of his travel, his relationship with international NGOs and his activities in Egypt. He was released at 12:00 pm, and his belongings were returned to him.

The imposing of a travel ban against Omar Hazek marks the continuation of his persecution in connection with his human rights activities. In early December 2013, he was arrested and detained in connection with his participation in peaceful demonstrations against human rights violations committed by members of the State security services. In January 2014, the human rights defender was sentenced to two years' imprisonment and a fine of LE 50,000 (approximately 5500 EUR), on charges of illegal demonstration. In February 2014, the Alexandria Appeal Court upheld the sentence against him, and in April 2014 he was dismissed from his job at the Library of Alexandria. A boycott of all activities, events and conventions organized by the Library of Alexandria was declared by a large number of Egyptian authors in response to his dismissal.

On 23 September 2015, the human rights defender, who had been in jail since December 2013, was released following a presidential pardon of 165 prisoners, the majority of whom had been sentenced as a result of their peaceful participation in demonstrations in 2014.

Human rights defenders in Egypt have repeatedly been subjected to travel bans, as well as the seizure of their passports and summons for investigation. On 13 January 2015, the digital media specialist and human rights defender Ms Esraa Abdel Fattah was prevented by police officers from boarding a flight to Germany from Cairo International Airport. It was later explained to her that this was due to a travel ban which had been issued against her.

Travel bans have also been imposed on human rights defenders Mr Hossameldin Ali and Mr Ahmed Ghonim of the Egyptian Democratic Academy. Mr Mohamed Lotfy, the founder and executive director of the Egyptian Commission for Rights and Freedoms (ECRF), has been under a travel ban since June 2015, when he was prevented from travelling to Berlin to speak on the situation of human rights in Egypt at a round table organised in the German parliament by the Green Party.