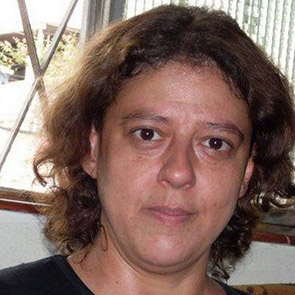 Eloisa Samy is a human rights lawyer. Since the beginning of the anti-government demonstrations in Brazil in June 2013, she has worked to protect protesters.

During peaceful protests on 13 July, human rights defender Mr Andre Constantine was temporarily arrested and Mr Felipe Peçanha of Midia Ninja, which was a media partner of Front Line Defenders during its local campaign in Brazil, was beaten by police.

Eloisa Samy is a human rights lawyer who has worked to protect protesters since the beginning of the current street protest movement in Brazil. Andre Constantine works to protect and promote the rights of favela communities in Rio de Janeiro.

On 10 July 2014, a judge from the 27th Criminal Court in Rio de Janeiro issued warrants for the temporary arrests of 30 protesters and human rights defenders, including Eloisa Samy. Nineteen of these warrants were executed on 12 July 2014 on the eve of the World Cup final match between Germany and Argentina in the Maracanã stadium in Rio de Janeiro. Police entered the houses of the demonstrators and seized several of their personal belongings, such as computers, mobile phones, tear gas masks, and items of black clothing. According to the press service of the Civil Police, an additional sixteen people were arrested without a warrant during the raids on 12 July 2014 because they were present in the homes of the protesters at the time of their arrest.

On 13 July 2014, the day of the World Cup final match, scheduled protests were marked by police violence against demonstrators in Saens Peña square in Rio de Janeiro. Approximately two hours before kick-off, the police fired tear gas on demonstrators and chased them into a nearby subway station, which had been cordoned off to the media press. The police assaulted protesters with wooden batons and fired rubber bullets, tear gas and pepper spray. Human rights defender Felipe Peçanha was beaten by police, who also confiscated or destroyed equipment from at least ten other journalists and media activists. Human rights defender Andre Constantine was temporarily arrested during the protests. In total, ten demonstrators were detained temporarily and released by the end of the day.

Requests for habeus corpus by lawyers had been denied until 15 July 2014, when thirteen detained protesters – including Eloisa Samy – were issued with release permits. Her release from Bangu prison is expected by 17 July 2014. At present, six of those arrested currently remain in detention. Mr Marcelo Chalreo, the President of the Human Rights Commission of the Brazilian Bar Association, labelled these arrests as intimidating, as having no basis in law, and he condemned what he called the police's intention to prevent the right of people to demonstrate.

This is the latest in a series of arrests and repressive action against human rights defenders involved in protests during the World Cup Finals.