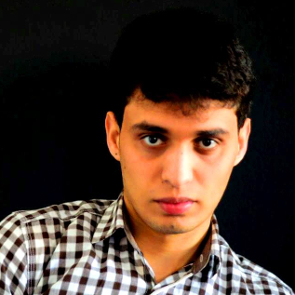 On 1 June 2016, human rights defender and blogger Mr Anouar Rahmani received anonymous messages threatening him with death, should he file a complaint against a national newspaper which previously accused him of blasphemy. Throughout May 2016, the human rights defender was the subject of a defamation campaign from religious leaders and university students, accusing him of blasphemy and atheism over blog posts he published.

Anouar Rahmani is an Algerian human rights defender and independent blogger expressing his views through his blog about freedom of expression, freedom of conscience, environmental rights, and minority and LGBT rights in Algeria. He advocates through his writings for more individual freedoms in the country,  for peaceful coexistence and for tolerance within Algerian society. He is also the first Algerian activist who has publicly called for same-sex marriage to be legally recognised in Algeria.

On 1 June 2016, blogger Anouar Rahmani received anonymous threatening messages demanding that he refrain from filing a complaint against Alchorouk newspaper, which initially published an article accusing him of blasphemy. The defender believes that the threats come from a journalist at the newspaper.

On 20 May 2016, the human rights defender saw death threats against him on social media pages of his university, as well as in national newspaper articles, which accused him of distortion of the Quran, blasphemy and apostasy. During the days which followed, he was threatened with abduction, death, and expulsion from university by religious leaders and university students of Tipaza University Centre.  Anouar Rahmani faces daily verbal insults and harassment. On 27 May 2016, he discovered via a newspaper article circulated on social media, that the Algerian authorities have reportedly opened an investigation into the case to investigate both allegations of death threats and blasphemy. The human rights defender has received no news of this personally and no follow-up has yet been taken.

I express concern for death threats made against Anouar Rahmani and the repeated acts of harassment and intimidation against him, which I believe to be directly motivated by his peaceful and legitimate human rights activities.

I urge the authorities in Algeria to:

1. Carry out an immediate, thorough and impartial investigation into the death threats against Anouar Rahmani, with a view to publishing the results and bringing those responsible to justice in accordance with international standards;

3. Guarantee in all circumstances that all human rights defenders in Algeria are able to carry out their legitimate human rights activities without fear of reprisals and free of all restrictions.